Interest rates are set to remain on hold at two per cent when the Reserve Bank meets on Tuesday, according to RateCity’s monthly analysis of key economic indicators.

RateCity’s RateUlator analyses 18 economic indicators – both domestic and international – to predict the outcome of each RBA cash rate decision. 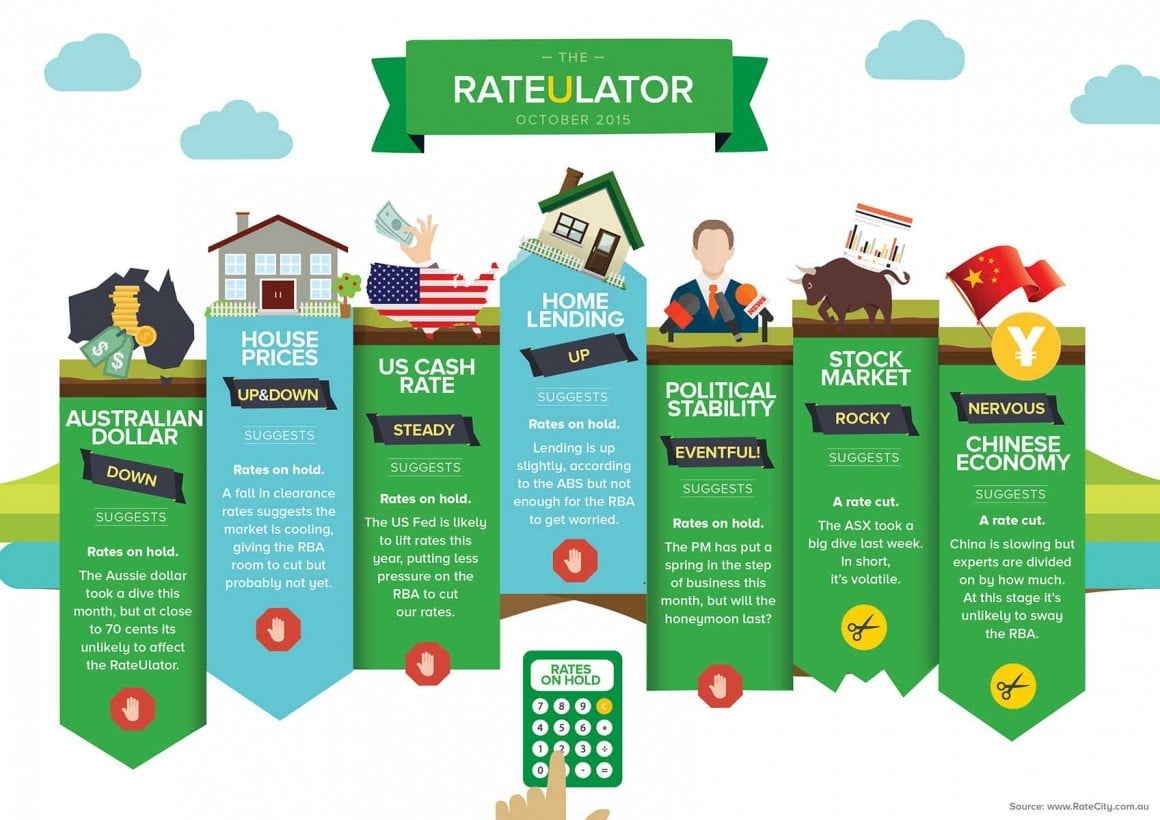 “It’s been an eventful month. There was a pretty significant wipeout on the stock market, the US Federal Reserve decided to keep their cash rate on hold and the prospects of China continued to make investors nervous.”

“All of this was not to be outdone by evets at home – September brought us a new Prime Minister.”

“Remarkably, rather than rattle economic nerves, the change in leader appears to have put a spring in the step of business.

“Housing is another interesting indicator this month.
While prices are still high in Sydney, we’ve now seen a drop in clearance rates, which is a sign the market might be coming off the boil.
It’s noteworthy because it bucks the belief that the real estate market typically heats up at this time of year.”

“One thing that is running hot is the competitiveness in home loans.
The introduction of lower rates for owner-occupiers means that there has never been a better time to shop around for a home loan.”

“If you live and own your own home, and have a decent amount of equity in it, there’s every chance you could get an interest rate of under 4 per cent,” she said.

Tindall said that while the indicators suggests rates would remain on hold for the fifth consecutive month, the case continued to build for a rate cut late this year or early next year.

“The odds are extending for a Melbourne Cup cut. While it’s still very possible, the chances of it being pushed out to early next year are increasing,” she said.

'Why rates will remain on hold [infographic]' have no comments