For as long as I can remember, median prices have been used as the barometer for measuring real estate values.

While I believe tracking of the median price has some general usefulness, I think too many people rely on it as an indicator of true house price values.

Firstly let’s look at how a median price is calculated

The median house price is essentially the sale price of the middle home in a list of sales where the sales are arranged in order from lowest to highest price.

This is different to the average which would be the total value of all the house sales, divided by the number of homes sold.

Technically speaking, the median is thought to be more accurate than the average because it is less affected by a few unusually high or low sale prices.

Let’s now assume that a year later 3 of these same properties go back onto the market and are resold for the exact same price from a year earlier. 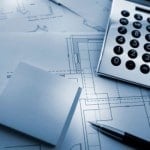 With these 3 sales, the median price is now $520,000. That’s $30,000 less than the median price a year earlier. However, as you can see, each of these individual houses did not lose any value when they were re-sold.

While this example uses just a small amount of sales which statistically would not be reliable, it does plainly illustrate why the median price should not be used as a gauge for movement in house values.

In my opinion, the median price in the short term is best used to indicate the composition of sales rather than a change in value of properties

Take Maylands for example, where prices for freestanding homes could vary from around $600,000 to $3,000,000 because of the broad range of housing. 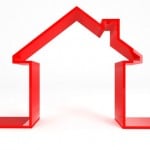 A lowering of the median price in an area such as this could really just indicate that there are more sales occurring at the cheaper end of the market then there are at the expensive end.

It does not mean that the suburb has necessarily lost value or that someone selling their property in the area would be selling at a price less than what they could previously attain.

The median price quoted for these suburbs is generally more misleading than that of suburbs with greater homogenous housing and therefore similar pricing.

Capital city median prices are a particularly poor indicator of short term property values, yet these are the ones that always hit the news headlines.

If you were to hear that the Perth median house price fell by 10%, do you think it would be right to assume that every single house in Perth has dropped in value by that figure?

Of course not.
Instead, one should see this figure as evidence that there are simply more sales occurring at the cheaper end of the market then there were previously.

The other point I would like to raise is that the property market is not just one market; it is made up of multiple markets each with their own sets of unique characteristics.

Even if you looked at the median house price of Perth as a yardstick for property values and heard that it had dropped by 10%, it would be wrong to assume all suburbs have suffered the same drop in value.

What would be a more realistic inference is that some suburbs (and indeed individual properties) are still continuing to do well and have been stable or even grown in value, while others have done the opposite.

It’s just that those that have done the opposite are either greater in number or greater in their percentage drops, which brings down the median price.

While I do believe the median house price is perhaps one of the better ways we have to track the market in a broad sense, I don’t think it’s an accurate way to measure movements in individual house values.

As an investor, it would be much wiser and more accurate to pay less attention to the short term median house price and instead investigate ‘like for like’ recent sales evidence in your area to estimate current property values.