A number of years ago I had successfully located a hotspot and even managed to jump on the wave at the right time (which is always luck more than anything else).

The property I located had almost doubled in value in the first 5 years – and I remember thinking “this property thing is a piece of cake!”

However, the next 5 years were vastly different, I was bought back down to earth as my property tracked sideways and eventually lost some value.

Today more than a decade and a half later, as a seasoned investor and property analyst, would I have been better to buy in one of those blue chip suburbs that were proven and trusted performers?

I reviewed the original suburbs performance over the last two decades and this is what I had found.

Buying in a hot spot

Putting the numbers to one side for a moment, this is what you will commonly see when buying in a hotpsot.

The first 5 – 7 years will see the suburb transforming, new infrastructure, new hospitals and schools and mini employment hubs as the suburb expands.

This is physical growth however and not true capital growth, don’t mistake the two.

In the next decade the location had been established, the roads, hospitals and schools are built and there are no further elements for additional employment and population growth / demand drops off and there is usually an identical estate or land release around the corner.

From this point on, Capital Growth tracks sideways and in my case actually went backwards for a period of time.

In the future these areas will continue to underperform.

If we were to graph it, it would look like this; 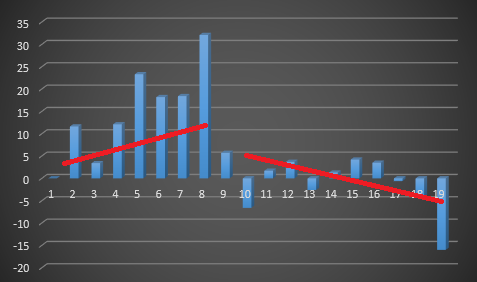 It is the same with mining towns…

All goes well when projects and ultimately employment and the population rises, but when mining leaves, property crashes   – some by up to 83%!

With a suburb that is a proven performer, close to employment hubs that are continually expanding, superior school catchments , high walkability to lifestyle precincts and good infrastructure and public transport there are more dimensions to the location.

These are the areas that outperform over the longer term because demand is always above average.

I ran the same numbers on a known and proven suburb in Brisbane to discover the suburb had outperformed the hotspot significantly over the same period of time and been a great deal more consistent too.

Way back then, if I had originally invested in the proven suburb over the hotspot I would have had more than a 50% better return on my investment today, not to mention saving thousands in the costs of sale.

Many years later I was lucky to be educated on the benefits of wealth creation over that time and managed to offload that underperforming property while I was ahead.

I shifted those funds into a known, trusted and proven suburb where I have widened my asset base faster and created far greater wealth for our family.

I recently read an article where an “industry expert” was tipping secondary cities as the next place to go boom! 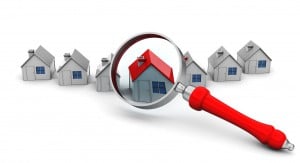 Even if he is right and it outperforms everywhere else in Australia over the next 2 – 3 years, what then?

You should be looking to invest for a decade or two or even longer.

In Australia, there are too many in and out costs to make turning over (flipping) properties worthwhile and your focus should be growing an asset base.

'Why I switched from “Hotspotting” to Proven Performers' have 2 comments