Despite the property markets moving on and historically low interest rates First Home Buyers have been sitting on the sidelines rather than entering the property market which is being propelled forward by investors and upgraders.

The latest Australian Bureau of Statistics (ABS) data, shows the proportion of first home buyer loans (12.48% of all loans financed) being the lowest level ever recorded since the ABS began recording this data in 1991.

Conversely, the proportion of refinanced home loans is among the highest levels ever seen, reaching 33.8% in September this year. 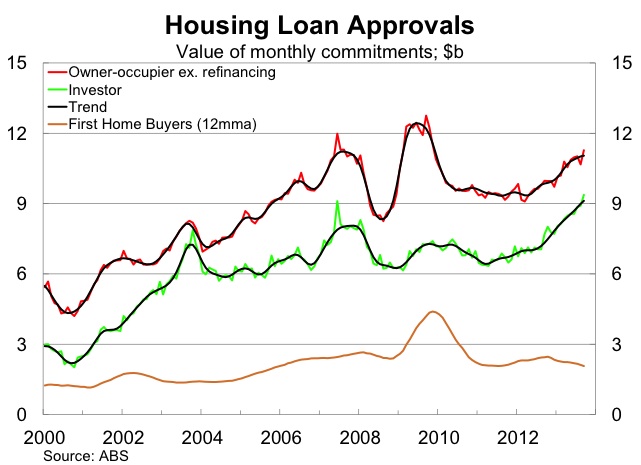 Michelle Hutchison, Spokesperson for finder.com.au, said this shows that lower interest rates are not encouraging first time buyers to hit the property market.

“With interest rates at record lows, borrowers with an average mortgage of $300,000 are paying almost $400 less in repayments each month. While this is great for existing borrowers – who are taking further advantage of the competition and switching lenders for even bigger savings – it’s having a negative impact on first home buyers.

“First home buyers have been hit with a double blow with property prices rising which means higher costs, and lower interest rates are eating away at their savings for a deposit.”

These concerns are impeding first home buyers from hitting the market, according to a finder.com.au survey conducted last month. It found that the biggest barrier for first home buyers is they can’t afford a big enough deposit (51 percent), while nearly one in three are worried of not being able to afford mortgage repayments (29 percent).

Most first home buyers surveyed (76 percent) are also concerned that lenders won’t pass on full rate cuts in the future, which is no surprise as most lenders have not followed all of the Reserve Bank cash rate movements of the past few years.

However, out of the first home buyers surveyed, 62 percent would prefer to save a smaller deposit to get on the property ladder sooner. Comparing men and women, men are overwhelmingly bigger risk takers than women, with almost three-quarters (70 percent) of male first home buyers preferring to save less and borrow more, compared with 57 percent of women.

“The latest house prices index by ABS has risen by 7.6 percent on average across all eight capital cities over the September quarter compared to the previous quarter. With house prices on the rise, it will test just how patient first home buyers can be when it comes to saving for a deposit.

“November could be the end of the rate cutting cycle and 2014 is the year we may see rates rise again, which will add further pressure to first home buyers trying to enter the market. Home buyers looking to get into the property market before rates rise again should be careful of the added costs of a smaller deposit and bigger mortgage such as Lenders Mortgage Insurance (LMI), which is charged for loans with less than 20 percent deposit.

The table below shows the deposits needed to avoid LMI on median house prices across Australia: