Here’s one of my first property predictions for this year…

The doomsayers will be out again telling us Australia’s property market are a precarious house of cards waiting to topple. 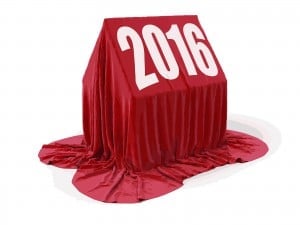 Some will be the old group of property pessimists who’ve been telling us this for the last 6 years.

But with all the gyrations in the world economy and especially following the boom years we’ve just experienced, especially in the Sydney and Melbourne property markets, we’ve now entered a more mature stage of the property cycle,  so I predict we’ll see a new group of doomsayers emerging.

If you are considering investing in property, or about to buy a home, it would be good to know if they’re right.

But remember there is not one property market around Australia.

Our markets are fragmented – not only is each state at its own stage of its property cycle, but within each state different segments of the markets are behaving differently.

So it doesn’t really make much sense to say the “Australian property market” will collapse.

Yes the world is suffering from a number of economic problems, commodity prices are falling and China’s growth has slowed considerably, yet there are a number of reasons why we won’t see major falls in home prices in our capital cities any time soon.

2. A healthy economy that, while slowing a little, will continue to perform at a level that is the envied by of much of the Western world and will create jobs for anyone who wants one.

4. Business confidence is rising as we seem to have a stable government at both the Federal and State levels.

5. Consumer confidence has been rising since Malcolm Turnbull was elected Prime Minister.

6. A healthy level of household debt. Sure we are borrowing more, but the debt tends to be in the hands of those who can afford it.

Many Australians are saving more, taking on less credit card debt and paying off their mortgages faster than they need to which improves the state of their personal finances.

This in turn reduces the risk of house prices collapsing if interest rates rise or the economy hits a speed bump.

7. A culture of home ownership – seventy per cent of us own or are paying off our homes.

In contrast to some overseas markets Australians have high equity in their properties and a conservative debt position. In fact half of all homes have no debt against them. 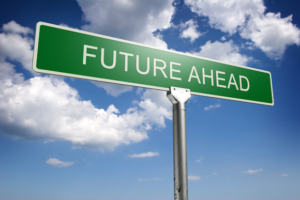 There’s no sugar coating it…property price growth will slow in 2016.

Decreasing affordability, changing sentiment and oversupply in several sectors such as CBD and off the plan apartments will create a volatile mix that will fragment and slow our property markets – moving some from a seller’s to a buyer’s market.

Yet there is still a large demand for housing – people are still getting married, having babies, getting divorced and coming from overseas.

And if they can’t afford to buy their homes they are going to rent and this will force rentals up.

All this means is our booming property markets in Sydney and Melbourne have slowed down form 5th gear to 3rd gear – but they’re not going in reverse any time soon.

I’ve given a detailed explanation of what I see ahead for 2016 in this blog: The property boom is over, but what’s ahead for 2016.