Why are Brisbane property prices going up by so much?

A perfect storm of increased demand from both home buyers and investors at a time of low stock, even lower interest rates, wage growth, and a global pandemic has catapulted Brisbane’s property market into a period of the strongest growth in 18 years. 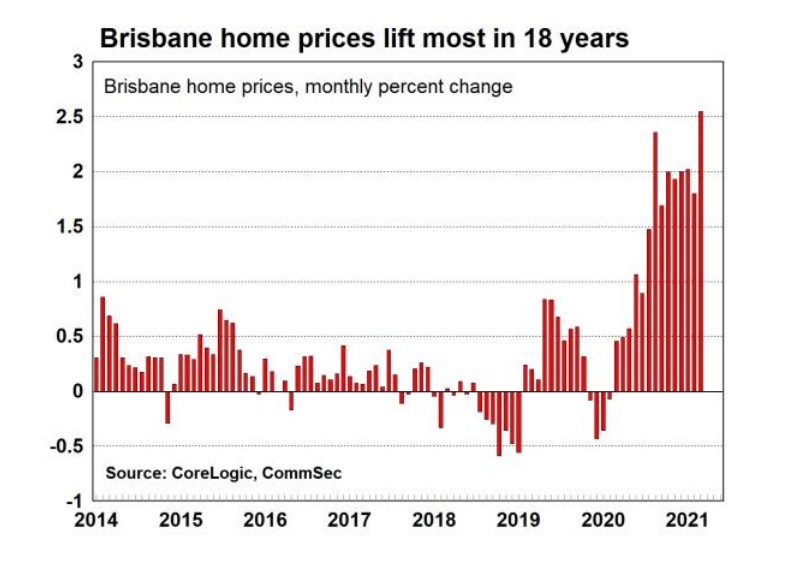 Home prices are up 21.6 per cent higher over the year — the strongest annual growth rate in 32 years.

But now price growth is slowing.

Across all capital cities, home prices lifted by 1.4 per cent — the slowest pace in 9 months.

But capital city home prices are up 20.8 per cent over the year to October - also the strongest annual pace in 32 years.

House prices climbed 1.5 per cent and apartment prices rose by 1.1 per cent.

House prices were up 24 per cent a year ago — the fastest annual rate in 32 years.

And apartment prices climbed 11.8 per cent - the strongest annual pace in 11 years.

Home prices were higher in seven capital cities, led by gains in smaller cities, such as Brisbane (+2.5 per cent, the strongest growth rate in 18 years), Adelaide, and Hobart (both up 2 per cent), and Canberra (up 1.9 per cent).

Home prices were higher than a year ago in all eight capital cities in October: 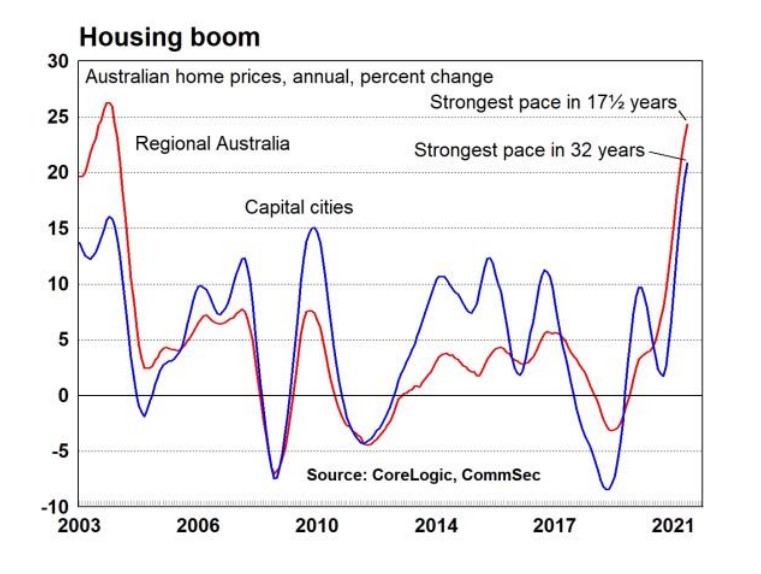 Commsec report that homebuyer anticipation of higher mortgage borrowing costs, an easing of virus restrictions, and solid pent-up demand ahead of Christmas should continue to support capital city home prices in the near term.

Home prices in regional areas continued to outperform capital cities in October, supported by a home buyer desire for either a ‘seachange’ or ‘tree-change’ and more flexible working arrangements.

In fact, regional home prices advanced 1.9 per cent to be up 24.3 per cent on the year — the strongest annual growth rate in 17% years. 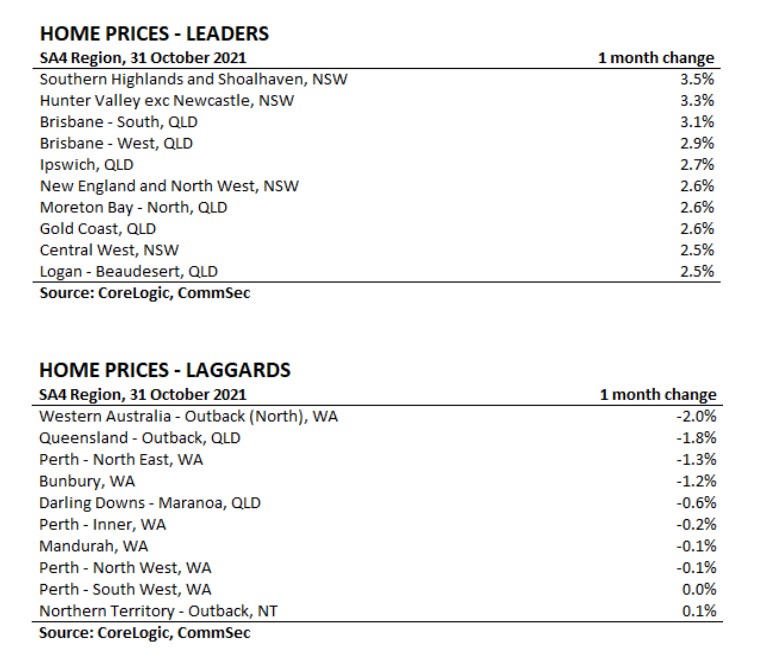 Home prices rose in 79 out of 88 SA4 regions in October, with median home prices hitting record highs in 69 regions.

The strongest home price growth was in regions accessible to Greater Sydney, such as the Southern Highlands & Shoalhaven, NSW (up 3.5 per cent) and the Hunter Valley excluding Newcastle, NSW (up 3.3 per cent).

And home prices in the Gold Coast, QLD were up 2.6 per cent.