Demographics will drive our destiny – particularly so for our property markets.

So researchers are having a field day digging through the recently released Census data.

I know I am and I was fascinated to see the Australian Bureau of Statistics reveal the typical Australian.

The ‘typical’ Australian is:

A 38 year old female who was born in Australia, and is of English ancestry.

She is married and lives in a couple family with two children and has completed Year 12.

She lives in a house with three bedrooms and two motor vehicles.

Of course this varies around the country:

The age of the ‘typical’ Australian varies across the states and territories.

The ‘typical’ Aboriginal and/or Torres Strait Islander person is a lot younger at 23 years old, and is also female.

In 2016, the ‘typical’ Australian home is owned with a mortgage, but this differs across the country.

The ‘typical’ migrant in New South Wales was born in China. 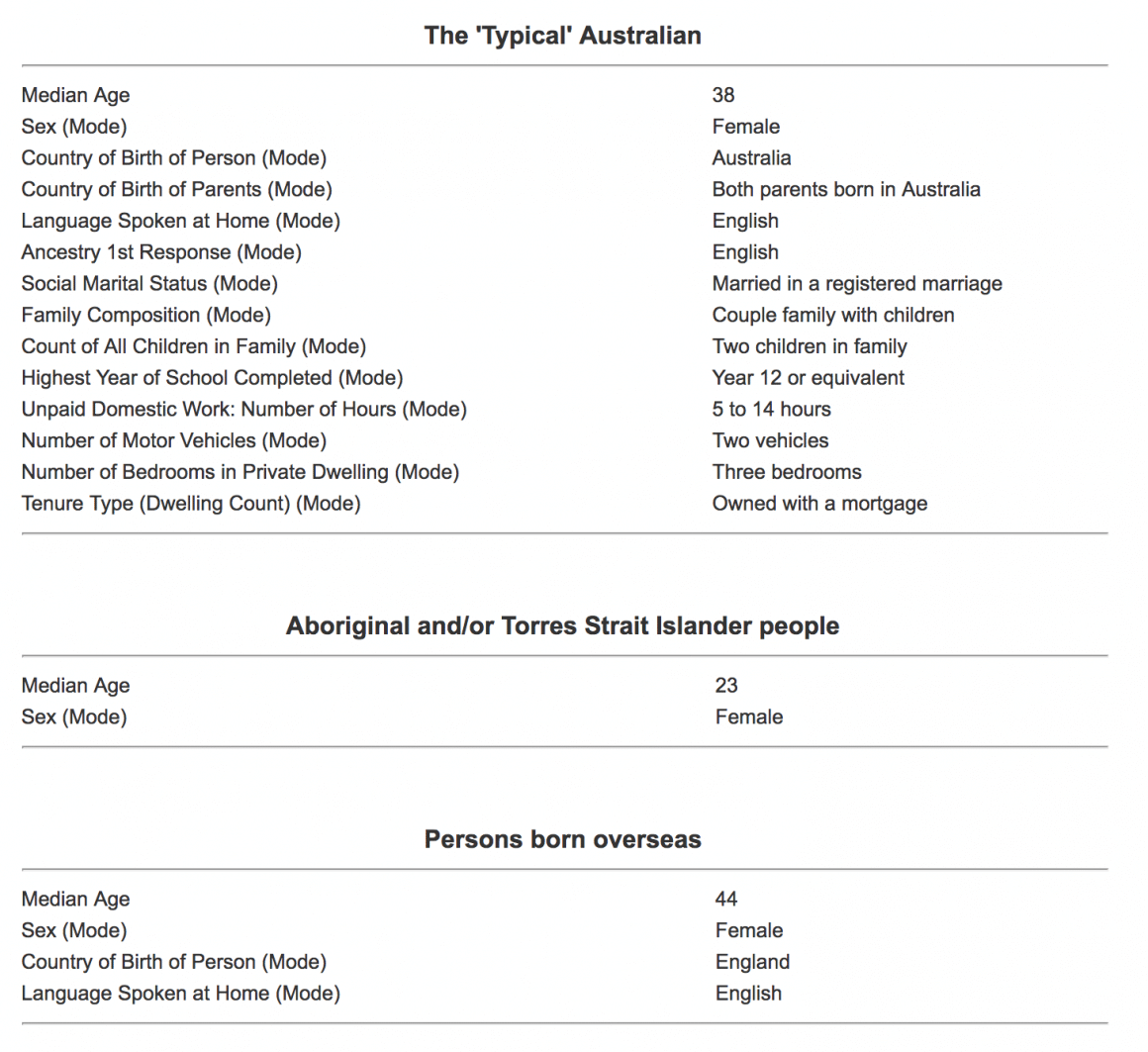 'Who is the typical Australian : Census Update' have no comments