Feel like you’re doing it tough and the generations before you earned more and had it easier?

According to new research by demographers and researchers McCrindle, the generation aged 65+ managed much higher income increases than the younger working age Gen Ys.

This infographic is based on analysis of the ABS Household Income and Wealth data released in late 2015 and 2013.

It gives a picture of how both income and wealth is distributed across the generations of households in Australia and how it has been changing.

As they enter their mid-30’s, they are getting closer to their key earnings years however such has been the low wages growth over the last two years, their household incomes have only increased by $5,356, or 5% since 2013.

While Gen Y households on average earn more per annum than the older Boomers aged 55-64 who are rapidly easing out of their full-time working roles, these Boomers managed income increases almost three times that of the younger generation over this period ($14,040).

This 14% increase in annual household incomes came about because the older Boomers were reliant not on wages growth but investment income which has seen solid increases over the last two years.

Wealth compared across the generations

While Gen Y have a household net worth of $268,800, it is less than half that of the Gen Xers who are just a decade older.

The highest net worth generation in Australia are the Boomers aged 55-64 who not only have a net wealth almost 5 times that of the generation of their children (Gen Y) but they still have a decade or more of earnings and wealth accumulating ahead of them.

The quarter who own more than half 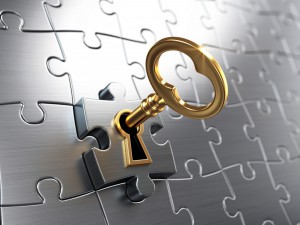 Their economic footprint is twice as large as their demographic footprint.

While the Gen Y’s have decades of wealth accumulating ahead of them which will grow their net worth footprint, it is unlikely that Australia will ever see the likes of today’s Boomers again where a quarter own more than half.

The Boomers have been the beneficiaries of a near 50-year economic miracle, and they are unlikely to ease out of this accumulating any time soon.

But there is some hope for the emerging generations who have stagnated in wealth and have been priced out of property.

The households of Australians aged 55+ currently own a combined $2.8 trillion and over the next two decades will pass on much of this.

By the time they move from the growing to the spending side of this accumulation, it will have exceeded the $3 trillion level.

Therefore, the decades ahead will see the biggest intergenerational wealth transfer in Australia’s history and many of the younger generations will be the main beneficiaries.

'Which is the wealthiest generation in Australia? [infographic]' have no comments