Fresh figures from Australian Property Monitors (Domain) have revealed that the median dwelling price for Sydney has dropped by 3.1% over the December 2015 quarter, the first drop since September 2012.

Not only is this the first decrease in years but it’s also a rather uncharacteristic display for price index movements during December.

You see, historically, the December quarter usually has been a strong quarter, averaging a reading of +1.4%. 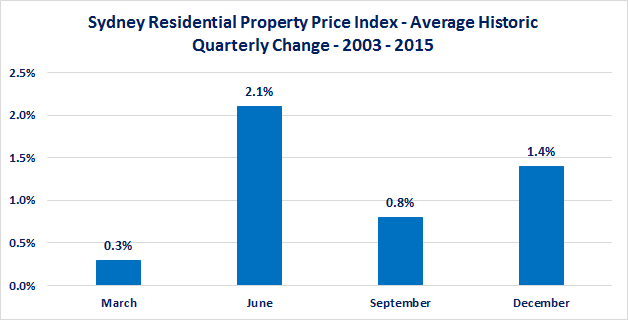 Along with December, the June quarter for Sydney’s property market is also a strong performer.

Indeed, historically it has been the strongest quarter, such was certainly the case during 2015 where the median price index spiked to an incredible 8.9% increase over the previous quarter.

That’s Sydney’s highest increase over a single quarter period in the last 15 plus years.

The simple answer is the RBA’s decision to cut interest rates a further 25 basis points to 2.0% in May.

Sydney’s property market was still on fire, interest rates were now the lowest they had been in Australian history and APRA had not yet implemented its current measures to slow down the investor market.

Okay, what does this all have to do with the December quarter price decrease and the forecast state of the market for 2016?

Quite a bit actually.

A substantial amount of buyers that fuelled Sydney’s property market surge were investors rather than owner occupiers.

This drove the Australian Prudential Regulation Authority (APRA) to closely monitor loan activity, and in July 2015, APRA announced measures to cool the investor market down by enforcing the banking sector to tighten investor lending procedures, making it harder for loan approval.

The action appears to have worked rather well for APRA and while investors are still in the market, the data suggests a significant slowdown of property investment lending.

This slowdown in investor activity seems to have occurred immediately after the APRA changes.

So we know why the Sydney market has slowed but what does it mean for the immediate future and what of our forecasts for Sydney?

Little data is known of January, given it is normally the quietest month of the year.

Anecdotally, Local agents during January have been reporting to SQM strong numbers at property inspections which has also been observed directly by our firm. 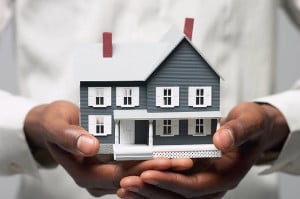 Most certainly they were in the lead up to Christmas where it was well reported about the big drop off in auction clearance rates.

From what we have also observed, it seems that buyers will transact at prices recorded just before the crazy June quarter.

But they are not willing to bid much further than this point.

And of course, the price decline recorded in December suggests that if you want to sell in Sydney, you do need to make an adjustment on the asking price.

That said I don’t think there are many forced vendors out there as the record low arrears rates also reveal.

So our view is that buyers and sellers right now in Sydney will likely meet each other somewhere in the middle.

This represents a clear correction from the June quarter highs which may go into the current March quarter as the overhang of the spring selling season gets unwound at discounted prices.

Historically, the March quarter has tended to be the weakest quarter price wise.

And what of our forecasts?

SQM Research still forecast Sydney dwelling prices to increase by between 4-9% for the calendar year, though we are leaning towards 4%. 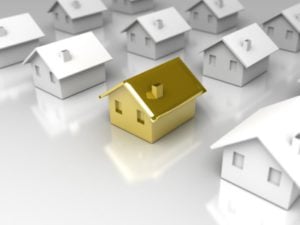 Our forecasts are still in play as we believe that the market is only having a short term adjustment and once that is completed, the market will make some modest to moderate gains for the remainder of the year.

We believe this as we still think that lending rates are continuing to stimulate the housing market, the NSW economy is running strong and that the lower Australian dollar is assisting activity.

That said that market has clearly indicated that it is very sensitive to adverse interest rate moves and any other restriction placed on lending.

If there were further action on any of these fronts, it could put the Sydney market into correction territory for the remainder of the year.

Among all of this we will be closely watching the clearance rates for the opening of the Sydney Auction season which progressively happens over the course of the next four weeks.

Our tip is that clearance rates will rise (as they seasonally do each year) to around 65%.

If clearance rates on the other hand stay below 60%, it will likely mean that Sydney dwelling prices are still falling.

'Where to now for the Sydney property market' have no comments