As our property markets show signs of life again, many investors recognise that this cycle will be different to the last, one of more subdued growth. So in order to outperform the markets one of the common questions asked is “where’s the next hot spot?”

People who ask for my opinion are usually disappointed that I don’t know and that in fact I don’t really care.

I tell them I’m not in the business of speculating; instead I make my investment decisions based on proven long-term performance, rather than shorter term speculation.

Fact is hot spotting – seeking out the “next big boom” location – is speculation and not true property investment. And if you look at the track record of people chasing the next trend, it’s been pretty poor.

On the other hand to “invest” in property requires the intention of generating long-term capital growth that tracks above average long-term price growth for the area.

Now, here’s what I find interesting…
A lot of the “hot spots” predicted by some of Australia’s property analysts turned out correct. Some of the regional areas and mining towns boomed…at least for a while as investors chased up prices.

But unless they got the timing right, chasing the next hotspot turned out disastrous for many investors.

Some are left with properties worth considerably less than they paid, with less rental income than they expected and they are unable to sell their properties today as buyers have now abandoned these markets which have little depth from local demand.

If you’re into investing in short-term trends, being right isn’t what’s important. It’s being right at the right time that counts.

Very few can do that, so the history of investors trying to find the next boom town is littered with people who get the story right and the outcome wrong.

My system for building wealth…
Instead I buy in areas that have a proven long-term history of outperforming the average capital growth and are likely to continue to outperform because of the demographics of the people living in the area.  And of course I like buying the property for the right price – below its intrinsic value.

But I’m getting ahead of myself…I’ll explain this a little later on.

Hotspotting is virtually the opposite to this sensible, not-so-sexy, tried and tested system for successfully building a property portfolio.

1. Hot spotting is about short-term speculation, not long term wealth creation.
Most property investors are trying to build their asset base so that one day it can replace their personal exertion income. The key to building a substantial property portfolio is to use your first property to leverage into your next property, and then use those two properties to leverage into more investments and so on.

You will only have the ability to do this if you invest in locations that consistently provide long-term capital growth.

By definition, ‘hotspots’ are not these types of areas, because just as quickly as they heat up, property values in these locations can come off the boil and cool very quickly. Just look what happened to many of the mining towns or seas changes locations like Mandurah.

2. Hot spotting often means following the crowd and more often than not, the crowd gets it wrong!
Many trying to buy in the next hot spot get their advice from online reports or “get rich quick” seminars and in the short term some of these predictions are self-fulfilling.

If you suddenly get a diverse group of investors buying up in a small town that usually has little market depth, this tends to push up prices “proving” this area really is a hot spot.

What’s really happening though is that you’re seeing an over-inflated market that’s more often than not unsustainable in the long term. Some of our mining towns, the Gold Cost and Sunshine Coast are great examples of this phenomenon.

On the other hand strategic investors buy counter cyclically, when others are afraid to get into the market.

3. Hot spotting requires accurate timing, yet most investors don’t have the necessary knowledge to know when it’s the best time to buy.
Sure some ‘hotspots’ have excellent potential to generate long term capital growth, but these are rare. For example, there’s the inner-city suburb that’s yet to take off because while it’s on the verge of gentrification and still has an air of industrialisation.

[sam id=37 codes=’true’] While some investors can pick these areas before the market takes off, timing markets like this is difficult.

The real problem is that by the time you find out about the next hotspot, it may be too late to benefit from that substantial early growth, or the opposite could be true – you might end up jumping in too early and not reaping rewards for many years. And in the meantime, your money has been tied up and you’ve missed out on real opportunities in proven areas.

A great example of this is inner western Melbourne suburb of Footscray which has been “going to improve” for the last 35 years – but just hasn’t!

4. Hot spotting is usually based on opinions rather than facts.
When you read articles in the media or hear reports on TV that suggest an area is about to take off as the “next big thing”, in reality you’re simply being given someone’s opinion.

Be careful – are they biased because they have properties to sell and it suits them to be spruiking a certain area?

You’re better off to rely on your own research and due diligence, rather than blindly accepting a so-called expert’s potentially biased advice.

5. Hot spotting can generate short-term inflation in suburbs that can’t sustain a high level of price growth over the long term.
Today’s hotspot could be tomorrow’s over heated market!

For example, when the resources boom hit Western Australia and far north Queensland, thousands of investors jumped on the bandwagon and bought into the many mining towns that sprung up overnight and became a buzz of activity.

But now that the resources sector has cooled off many of these towns have gone from boom to bust as the major industry supporting the local economy came crashing down.

I know of many investors who are still having trouble offloading their under performing properties in these mining towns and regional centres which were yesterday’s hotspots.

My suggestion is avoid the excitement of hotspots. This may make your investment boring, but it allows the rest of your life to be more exciting as you growth your wealth.

So what’s the alternative?
To ensure I buy a property that will outperform the market averages in the long term I use a 4 Stranded Strategic Approach.

By following this approach I minimise my risks and maximise my upside.

Each strand represents a way of making money from property and combining all four is a powerful way of putting the odds in my favour. If one strand lets me down, I have two or three others supporting my property’s performance. 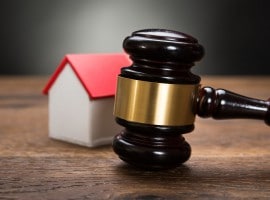 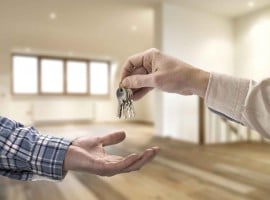 'Where is the next property hotspot?' have 18 comments