A new year – a new round of property market predictions.

Over Christmas Pam and I had the pleasure of catching up with Dr. Andrew Wilson, chief economist for Domain/Fairfax and his wife for dinner, and of course the conversation turned to property and what’s ahead for us in 2015.

Andrew has had a much better track record than most is one of the nation’s most – that’s why he is Australia’s highest profile housing market commentator and he sees a very different 2015 – a year ( in fact a number of years) of lower capital growth similar to the 1990’s.

In fact I was so impressed with his views that I’ve invited him to conduct a series of seminars with me in 5 states around Australia in March and April – watch out for details.

In the meantime here are some insightful graphs with Andrew’s views of what’s happening in property around Australia.

The stages of the property cycle

Dr. Wilson has a great model for our property cycle he jokingly calls the Wilson Worm.

Looking at the following graphic, our property markets bottomed in mid 2012, went through the recovery phase of the property cycle in 2013 and the expansion phase in 2014. 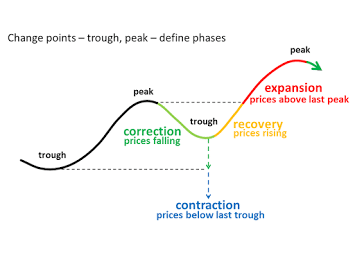 Where are we in the property cycle?

Dr. Wilson suggests where each state is in the following graph: 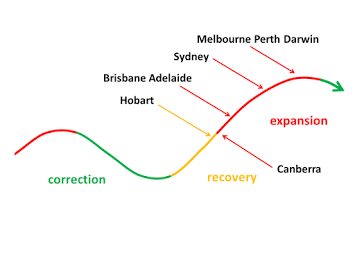 The strength of our property markets:

This is an interesting barometer of how each capital city market is performing. 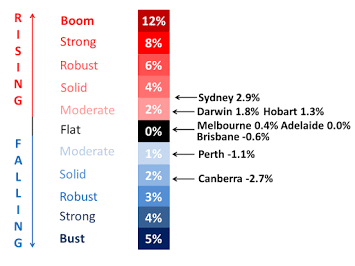 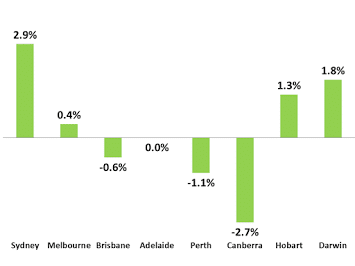 House Prices by State for the September Quarter 2014 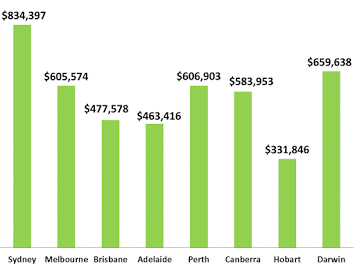 How house prices have performed over the last 8 years.

While Perth had an early start, it’s markets have stalled over the last few years.

On the other hand the Sydney property market only took off in 2008 and has performed strongly since. 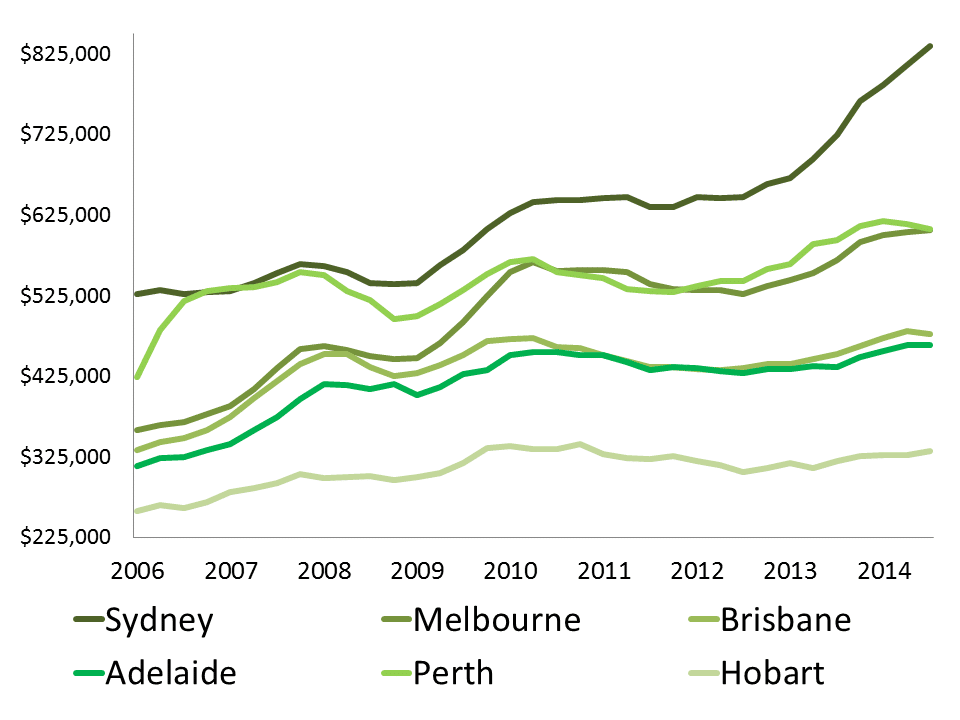 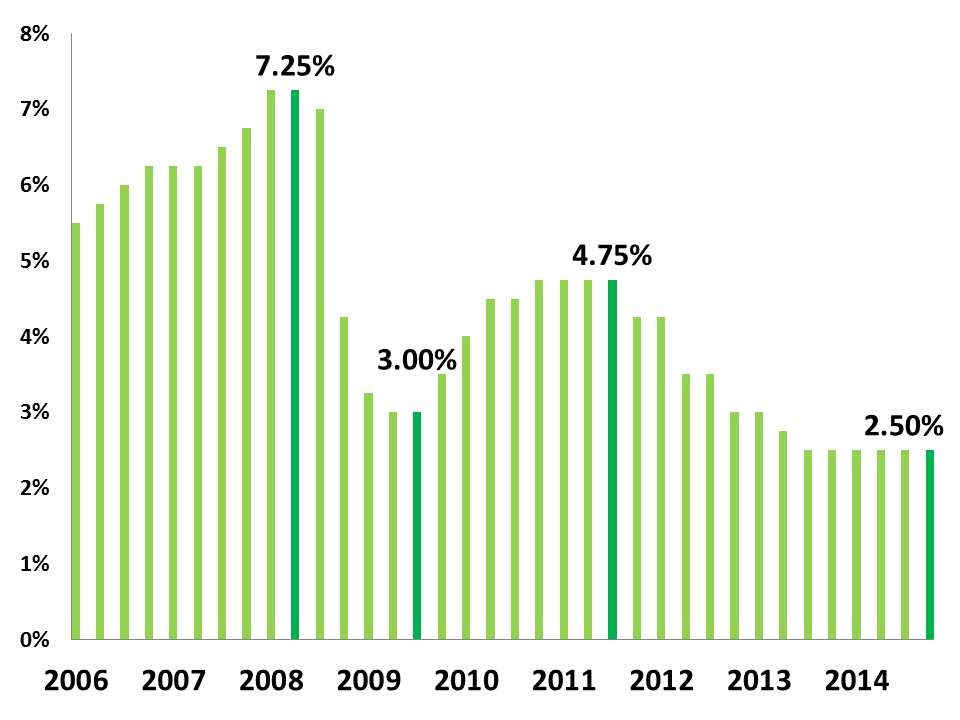 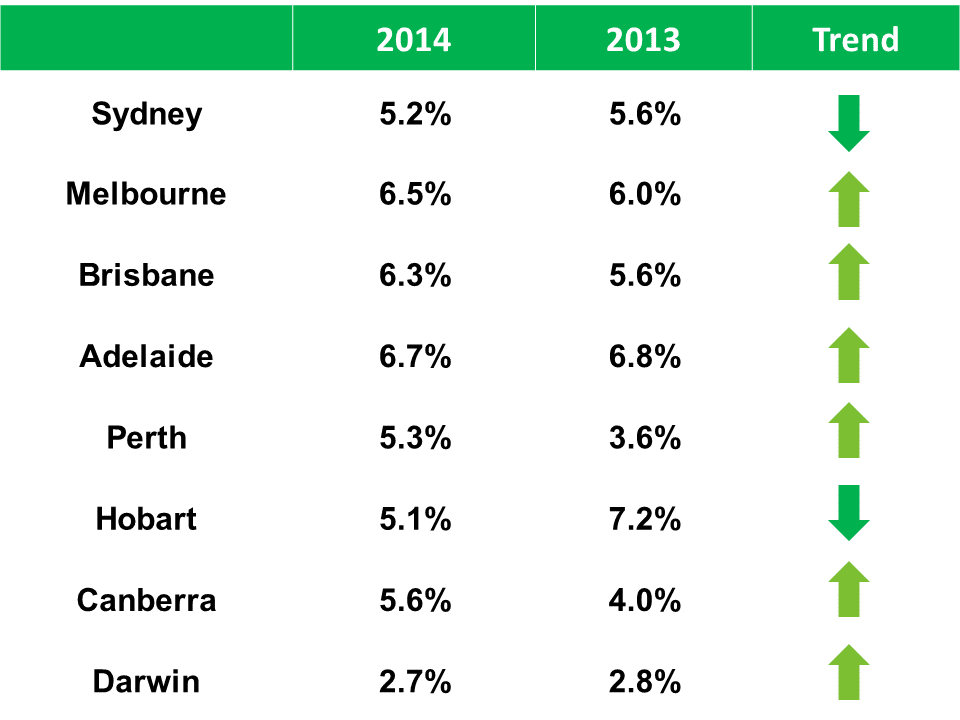 Jobs growth has been strong in Sydney and to a lesser extent Melbourne and Perth. 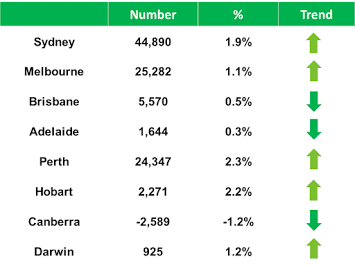 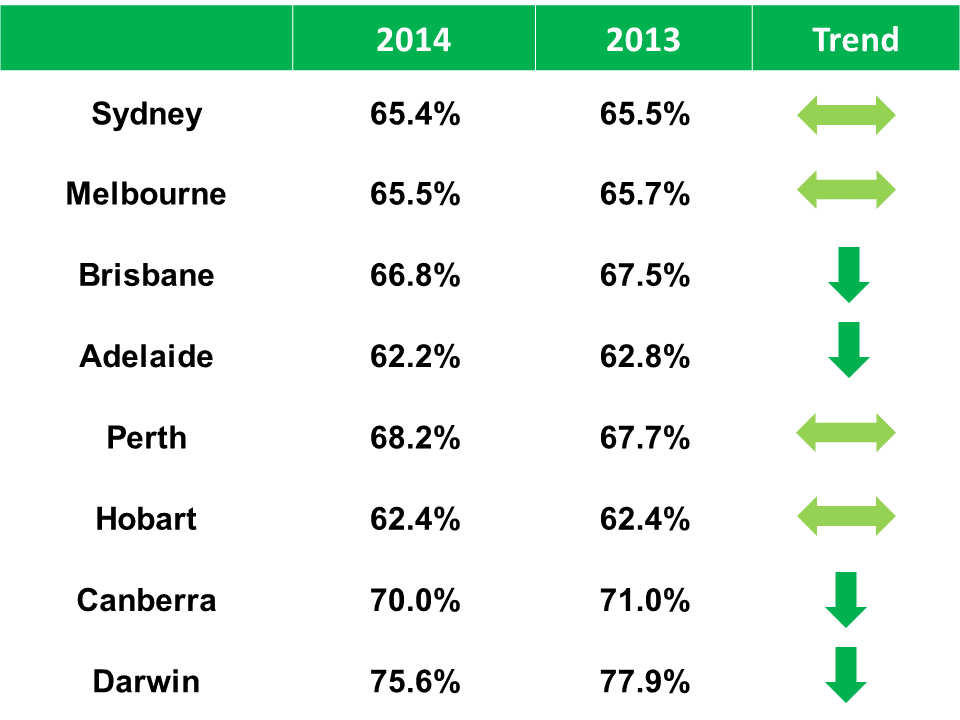 Strong retail sales growth in Sydney shows the level of consumer confidence in that state and that’s good for the Sydney property markets.

When people feel wealthy (because the value of their home increases) and confident about their jobs, they spend more. 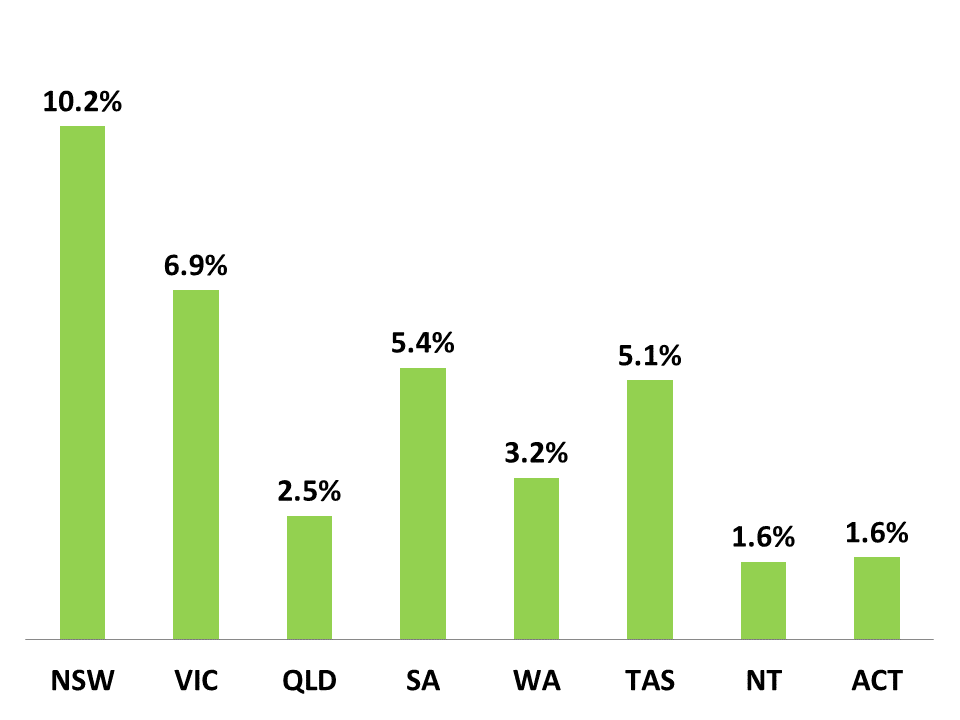 The Australian Stock Market has been performing poorly.

While many world stock markets have been performing strongly, the following graphic shows the Australian All Ordinaries is still trading bleow where it was prior to the GFC. 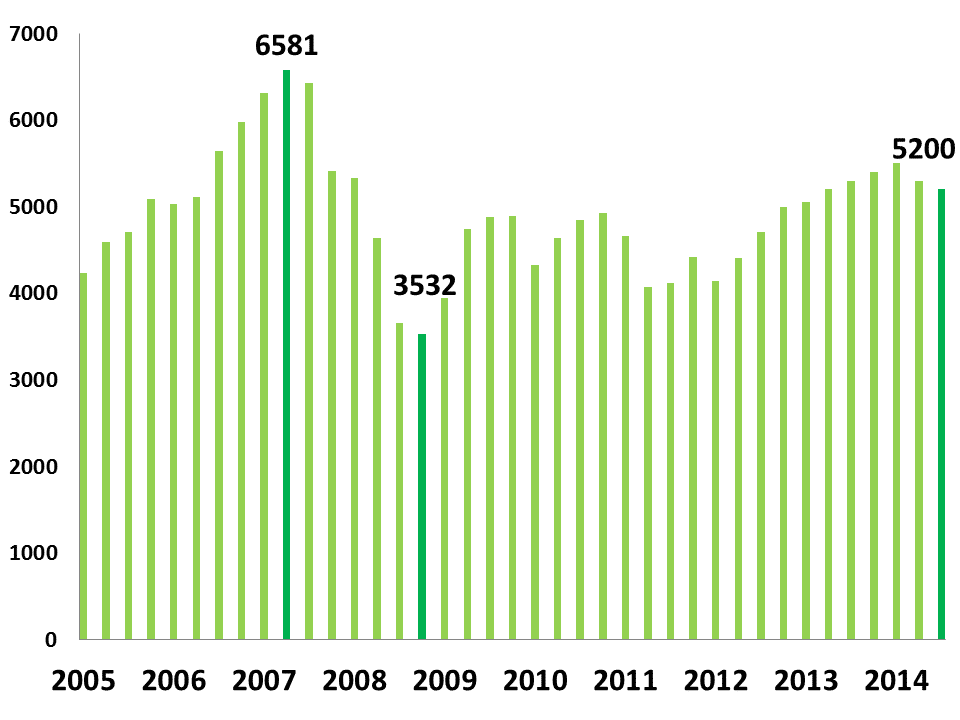 The Australian Dollar is falling

Just as the RBA wanted. 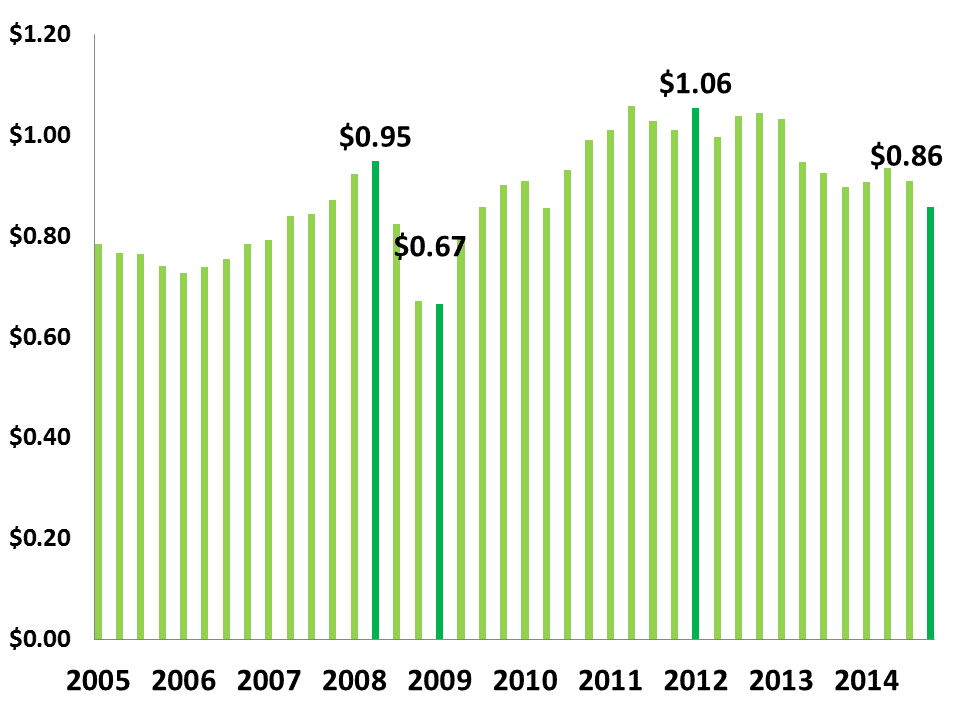 What does this mean for property price growth in 2015?

Dr. Wilson will be giving an update on these stats and his detailed forecasts of all Australian property markets at my National Property Market and Economic Update 1 day trainings around Australia in Macrh and April – watch out for details.

In the meantime…here are his preliminary forecasts for 2105 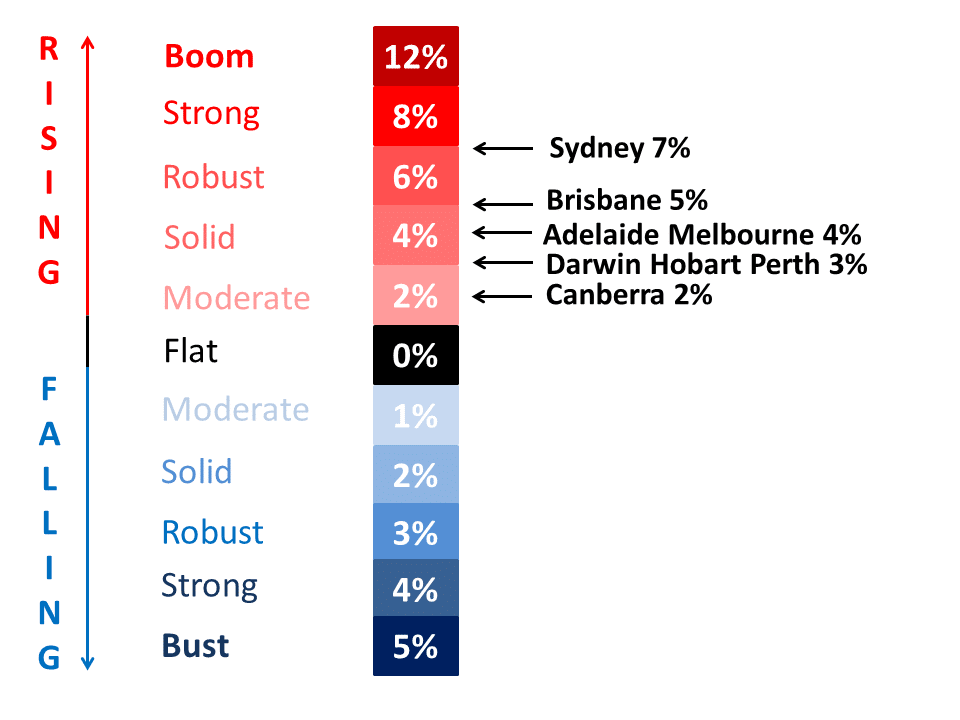