What’s going to drive our economy now that the mining boom is over? [infographic]

We all know the mining boom saved the Australian economy from the type of recession that many other countries experienced following the Global Financial Crisis.

But the mining boom is now long past, in retrospect we didn't make the most of it and we'll probably never have another mining boom of that nature again. 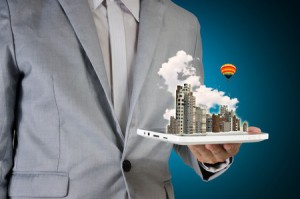 At the same  Australian manufacturing is on its last legs.

So what's going to drive our economy in the future?

That's clearly an important question for us as Australians and even more so if you're interested in property investment because its important to know where jobs growth, population growth and wages growth will be in the future.

Here's what he said:

As Australia picks up the pieces from the end of the mining boom, more of us than ever are focused on the future of the economy.

Many questions are being asked, like how can we diversify our economic base, how can we deliver more and higher-paid jobs and how can we pay for government services for an ageing population?

Thankfully, an answer to these challenges is already on our doorstep.

Australia’s next great sector is on the rise.

Asialink’s report Australia’s Job Future: The Rise of Asia and the Services Opportunity - which ANZ has launched together with PricewaterhouseCoopers - has found the services industry will play an increasingly large role in Australia’s future prosperity.

Indeed, the sector already does.

Services drive most of Australia’s domestic growth, employing nine out of 10 people in the workforce while accounting for 75 per cent of GDP.

Commodities like iron ore and wheat naturally come to mind when we think about major national exports.

That services, as measured by ‘value-added’ export earnings, has overtaken natural resources as our biggest export earner is almost unknown.

The services sector can help Australia seize the opportunity of Asian growth and solidify its place in the global economy, taking advantage of the trade liberalisation championed by the government through the South Korea, Japan and China free trade agreements.

With the right focus and supportive policies, we estimate related employment in value-added services exports to Asia could almost double by 2030, supporting over one million Australian jobs.

Our report argues services exports could be worth $163 billion annually – a 135 per cent increase from 2013 – and sales by Australian foreign affiliates in Asia could grow from $14 billion to as much as $78 billion over the same period.

The services sector could become Australia’s number-one exporter to Asia, supporting more jobs than all other exports combined.

Australian services contribute to national income growth through direct exports such as education and tourism, as well as embodied exports like engineering services, needed to export natural resources and offshore investment by Australian companies such as ANZ.

Australia’s trade secret is that its biggest export is services

Services account for 41 per cent of Australia’s exports earnings when measured in terms of total value-added, compared with 37 per cent for mining and 23 per cent collectively for agriculture and manufacturing.

Export statistics today are based on direct exports, which only tell part of the story.

The important contributions of embodied services and offshore investment are missing.

When we consider the services embodied in exports, services contribute $112 billion in value-added export earnings.

As Australia’s banks, construction companies and universities expand their presence abroad, the revenues and benefits they bring back to Australia - including more jobs and greater productivity - are tipped to continue rising.

Even these measures do not consider the revenue earnt by investments in foreign affiliates of Australian companies.

These are estimated to have generated revenues of $138 billion in 2013 – more than double the value of Australia’s direct services exports.

If we want to participate in the global economy, we have to be where the customers are – offering services in China, India and Southeast Asia.

We need Australian-headquartered companies present in the markets of their customers.

This is changing as Asian nations develop into services-intensive markets.

The region’s middle class is expected to grow from around 500 million today to 3.2 billion in 2030. It is a huge opportunity for our services sector.

This is not just a story involving large companies.

Many sectors and sizes of businesses will be at the forefront of Australia’s services trade with Asia.

'What’s going to drive our economy now that the mining boom is over? [infographic]' have no comments