Here’s a summary of what’s going on in Australia’s property markets around Australia using data from RPData’s latest charts.

There’s been a lot going on and it paints an interesting picture with many mixed signals, so here’s what’s happening in easy to follow bullet point form with a few significant charts thrown in for explanation:

This is their first fall in a year, however they have increased by 0.7% over the three months to May 2014

Sales activity across the country continues to trend higher 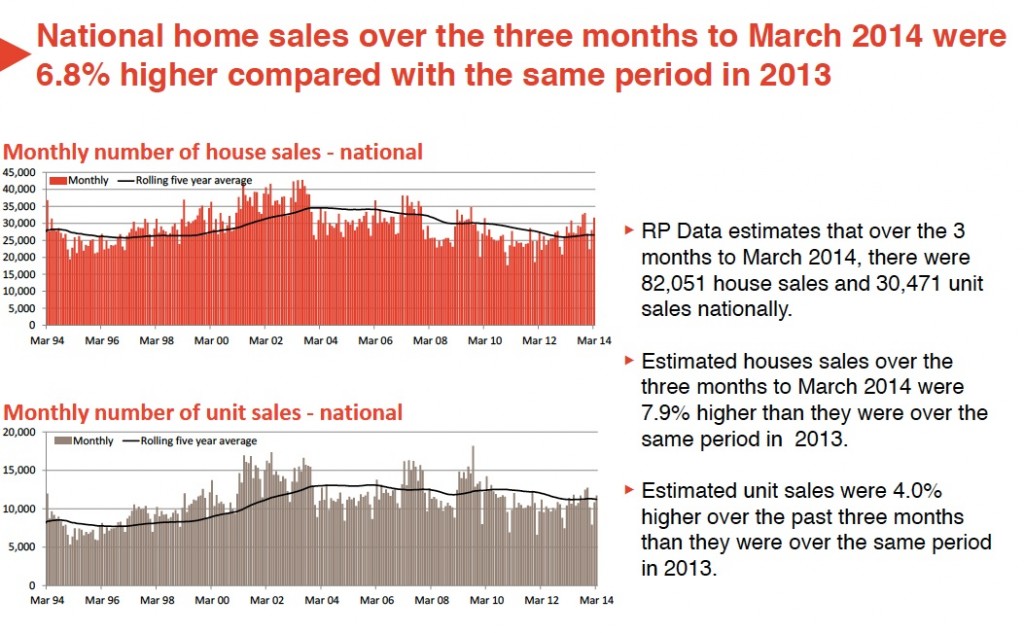 Rental rates have risen at a slow rate over the past year, but not at a fast enough pace to result in any increase in yields 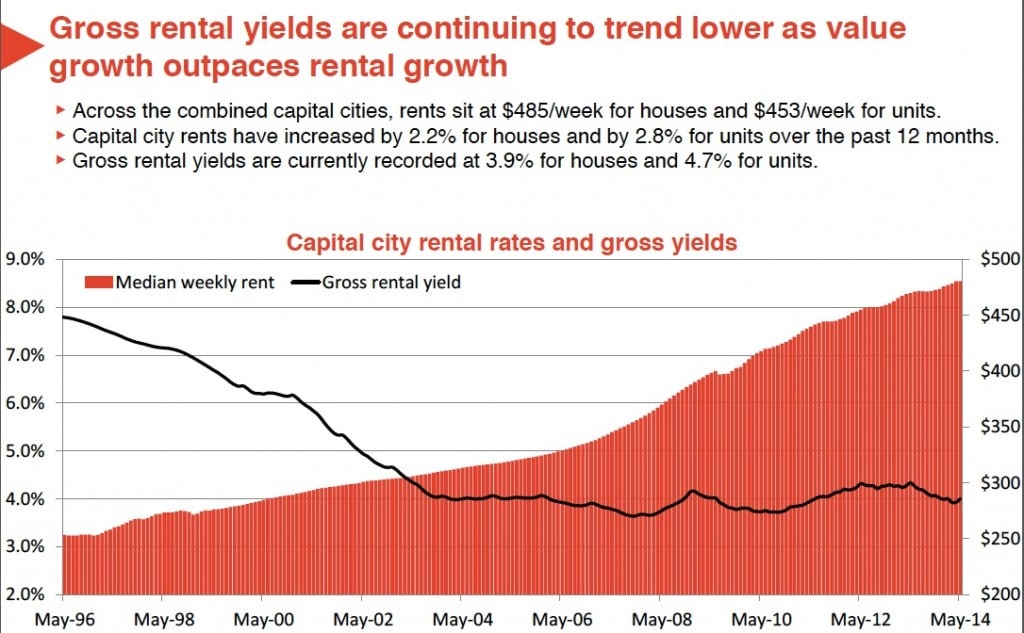 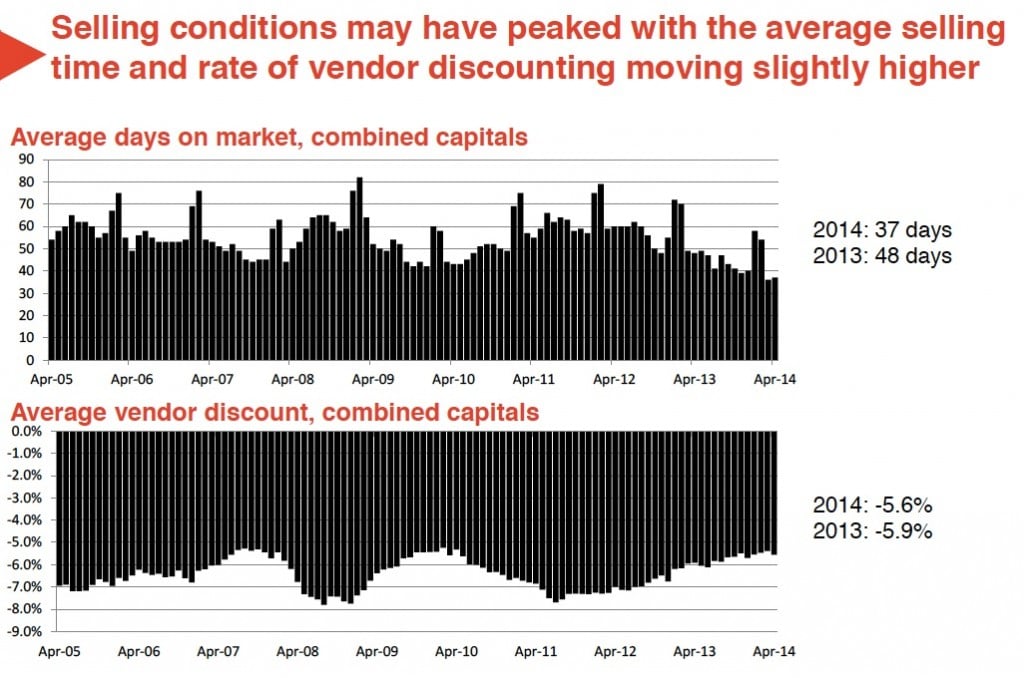