At the end of each year I like to look for a label to describe our property markets and this year I plan to call 2014 ‘The Year of the Property Investor’.

The year finished with property investors taking out around 50% of all new loans, the highest percentage on record and many investors had a great year.

However not all property investors did well!

Unfortunately many complained that “the property boom passed them by.” 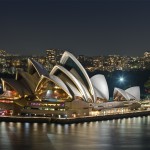 This was because our markets were very fragmented and if you didn’t own the right type of property in the right location, you probably would not have enjoyed significant capital or rental growth.

But now the impact of the lowest interest rates in 60 years is dissipating with price growth peaking mid year and capital growth is likely to moderate in 2015 due to the soft outlook for economic growth, rising unemployment, ongoing job security concerns, lower consumer confidence and sluggish household income growth.

While there are still positive factors that will affect our markets next year, there will be some stumbling blocks and potential landmines along the road, so let’s:

First the good news ahead:

The positive factors for our housing markets in 2015 include:

But it won’t all be rosy.

I see consumer confidence falling in the first half of 2015 which will have a negative impact on our property markets.

Fact is: Australians will keep hearing negative news about the world’s problems – China’s economy slowing down, the European economy being a basket case, deflation around the world, wars etc.

And locally we will be worried about rising unemployment, a weak economy and a government that can’t deliver its budget.

This means the media is going to have a field day with negative commentary and the average consumer will keep their hands in their pockets and not spend, particularly on big ticket items like upgrading their homes or buying investment properties.

Economists refer to ‘an X factor’ when an unforeseen event or situation blows all their carefully laid forecasts away. Every year we get lumbered with an X factor (or two) that comes out of the blue to surprise us.

So what should an investor do?

Lower overall capital growth, more in line with the rise in wages or disposable income, means that investor mistakes won’t be covered up by strongly rising markets.

Remember Warren Buffet’s great saying: “A rising tide lifts all ships, but when the tide goes out you see who’s swimming naked.”

However I see falling consumer confidence and lower buyer demand for properties in the early part of 2015 as a potential opportunity for investors with a long-term focus.

In other words there is likely to be a window of opportunity for property investors with a long-term focus to take advantage of a time when others are sitting on the sidelines.

Where will the opportunities be in 2015?

Clearly our property markets were fragmented in 2014, performing strongly in Sydney and Melbourne while other regions languished.

In fact they were even more fragmented than this – with only certain regions in these 2 big capital cities performing strongly.

I see this trend continuing in 2015, as property markets in new homebuyer locations, blue-collar areas and regional Australia underperforming in line with a weaker economy, rising unemployment and job uncertainty.

On the other hand there will still be a large group of Australians with rising disposable incomes because they work in the type of industries that will still be growing strongly.

In general these people will work and live in the inner and middle ring suburbs of our big capital cities.

These are the property locations that should still perform well in 2015.

The strategies that won’t work in 2015 include:

Some tips to maximise your property profits in 2015

Personally I’ve taken advantage of the opportunities the property market has presented me and purchased a significant number of properties this year and plan to do so again in 2015.

To ensure I buy a property that will outperform the market averages I will continue to use my 5 Stranded Strategic Approach.

It’s likely that 2015 will be a difficult year for some property investors. 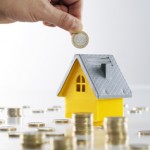 What’s the difference between these two groups of investors? It’s not what most people think.

Sure knowledge is important but that’s not enough.

Successful investors are financially fluent, have a good team around them, treat their property investment like a business by holding themselves accountable and regularly reviewing the performance of the portfolio, and most importantly they have the right mindset.

I hope 2014 has been kind to you in all aspects of your life including your property investing and I wish you even more success 2015.

While I’ve tried to point out some of the risks ahead, the real risk is what creeps up when you think you’ve covered all your risks.