What’s ahead for Australia’s economy?

This is important to understand if you’re a property investor, because a booming economy generally means happy, wealthy people with jobs and the ability and willingness to spend money and a faltering economy means the opposite.

As you can see in the graph below from the RBA, Australia’s economy is slowing down: 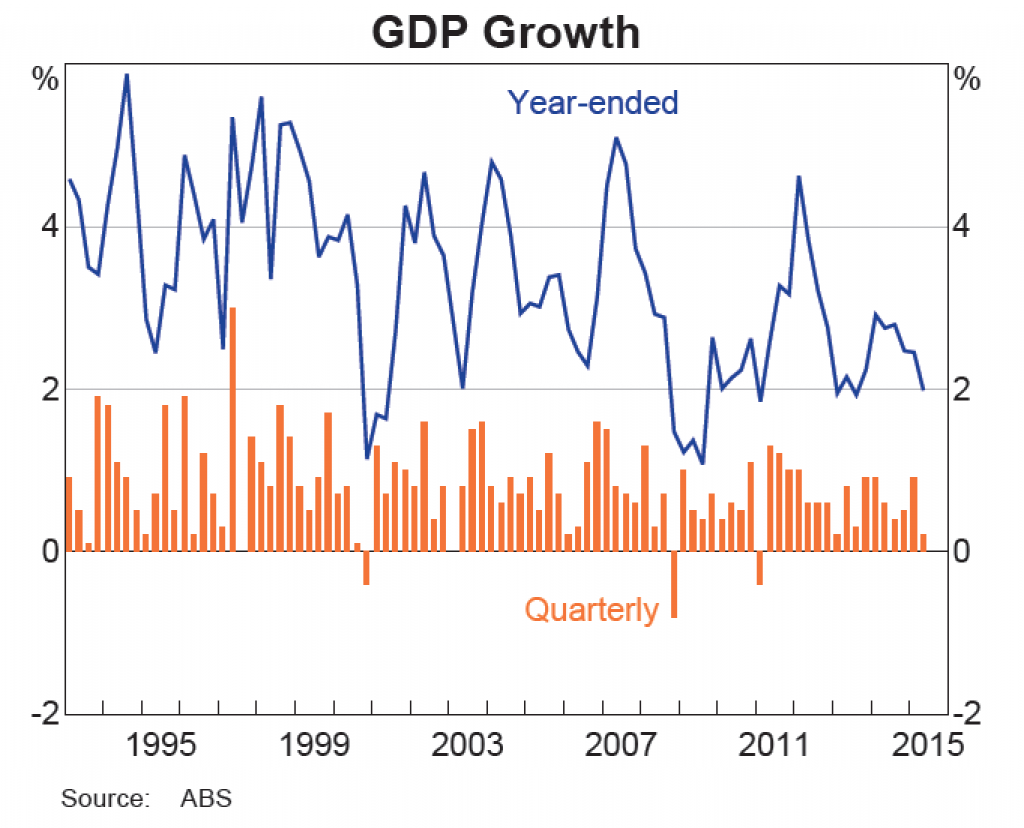 Of course Australia’s economy is impacted by the world’s economy, so I was interested in latest IMF World Economic Outlook.

The outlook for the year ahead was less than stellar with growth projections downgraded across the board.

While this may be a little bit better than recent years, growth is not expected to return to that seen in the 1990s and early 2000s.

While the IMF generally sees good foundations for growth in Australia in the years ahead it also sees risks from a slowing China and an overheated housing market.

World economic growth forecasts have been downgraded in this report.

When the IMF first projected world economic growth for 2016 back in September 2011, it predicted 4.9% growth.

Now it expects 2016 will see just 3.6% economic growth across the world:

The main reason for the most recent downgrade is a poorer expectation for growth in the advanced economies.

Source of interactive garphics: The Guardian

'What’s ahead for Australia’s economy?' have no comments