With 2011 panning out to be a bad year for property prices, leading property researcher Michael Matusik has some good news for property investors on the rental front. In a recent blog he said:

I’ve said it before – there is little doubt that 2011 is shaping up to be a hard year for residential real estate.

The market is weighed down with considerable resale stock for sale.  Add to that the repercussions of last year’s interest rate rises coupled with limited government spending, less overseas migration and the strong Australian dollar, and we have a recipe that could undermine house prices for much of this year.

What is likely to drive prices, after a sluggish 2011, is rental growth.  Low affordability will continue to hold back many owner-occupiers and it will take some time before wages increase sufficiently to entice owner-resident fuelled house price growth.

We are also unlikely to see much in the way of new housing-related government spending.  Thus, future growth will be even more reliant on rent.

And here, there is some encouraging news.

Our 2011 rental market survey has found that the majority of tenants are willing to pay more in rent and have the ability to do so.

While seven out of ten tenants are looking to buy – and just over half of those anticipate doing so within the next twelve months – most want to stay in their current accommodation and are willing to incur higher rent rather than move.

Whilst not wanting to wish higher rents upon anyone, in taking a broader outlook, this portends good news for landlords and the residential market in general.   Where end prices go, in the short-to-medium term at least, is largely dependant on renters themselves and their levels of economic well-being.

Two-thirds of the renters surveyed say they are prepared to pay up to 5% more in rent in order to stay put, with a further 30% stating they would accept a greater lift.

Those who aren’t prepared to pay more rent will either move to a less expensive area (43%), or move to a lesser property in the same area (37%), or will sublease or share with others to help pay the rent (19%).

The national rental vacancy rate, depending on which measure you use, is between 1.5% and 2.2%, which is well down on the long-term average of around 2.7%.  Rents are finally starting to rise again (around 5%) after little movement during calendar 2010.

This report is republished with permission of Matusik Property Insights. 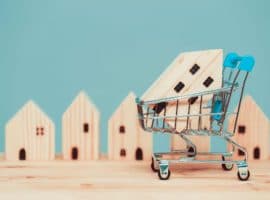