Westpac is the first bank to announce interest rates for variable home loans will increase.

But the question is why would they do this in a falling interest rate environment?

Callum Pickering gave his thoughts why in Business Spectator:– 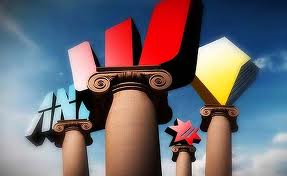 The decision to raise $3.5bn through a share entitlement offer and increase its residential mortgage rate by 20 basis points was long overdue.

Back in May Westpac raised $2bn through a dividend reinvestment program, while in the same month NAB launched a $5.5bn capital raising.
Commonwealth Bank followed with its own $5.5bn raising, while ANZ tapped investors for $3.5bn.
These announcements followed a damning assessment from the financial regulator, APRA, surrounding the banks’ existing capital ratios.

This latest move by Westpac reflects a catch-up of sorts. The 20-basis point increase in residential mortgages, to 5.68 per cent for home owners and 5.95 per cent for investors, helps protect the bank’s return on equity.

The are two major implications that arise from Westpac’s announcement:

Here’s what Michelle Hutchison, Money Expert at comparison websites finder.com.au had to say:

“In addition to Westpac’s announcement today that will see the bank lift its variable home loan rates by 0.20 percentage points effective from November 20, we’ve actually seen many out of cycle home loan rate changes after the last cash rate cut in May.

“It’s interesting to see so much movement in the variable home loans market, particularly when it’s outside of the Reserve Bank cash rate cycle. “

According to the finder.com.au/home-loans database, 407 variable home loans have changed their rates out of cycle since June this year, 352 of which decreased.

“With low funding costs and record high household deposits, it seems unusual for banks to be lifting variable rates out of cycle right now.
However, Westpac could be preparing early for APRA’s capital requirements of the average risk weight on Australian residential mortgage exposures to increase from 16% to at least 25% by July 2016.

“Total household bank deposits is at a record high of $737.3 billion, according to the latest APRA data analysed by finder.com.au.
Westpac’s household deposits is also sitting at its highest level, at almost $171 billion, as at August 2015.

“The biggest concern is that Westpac’s rate rise could open the floodgates for the other big banks and the rest of the home loan market to follow.
So we’re expecting to see more variable home loans rise in the coming months.

“Westpac holds 23% of the owner-occupied home loan market share out of all banks monitored by APRA, while the big four banks hold a combined 82%. They set the benchmark for the entire mortgage industry.

“We’re clearly seeing banks respond to APRA’s crackdown, and expect to see further movement in the residential lending space so watch this space.
For borrowers, it’s definitely the time to do your research when shopping around for a home loan to ensure you’re getting the best possible deal for your situation as competition looks set to get tighter.”

'Westpac is the first Bank to raise rates' have no comments