According to analysis from CoreLogic RP Data, rental rates across the combined capital cities were unchanged in September however, rates fell in most individual capital cities.

The annual rate of change has continued to slow over the month reaching a new historic low of 0.5%.

Dwelling rental rates across the combined capital cities are recorded at $483 per week and they have increased by just 0.3% over the first three quarters of the year while they have risen by 0.5% over the past 12 months. The data points to an ongoing softening of rental growth.

The 0.5% rise in rental rates over the past year is the slowest rate of rental growth on record based on data which goes back as far as December 1995.

The construction boom across the capital cities coupled with slowing population growth, low mortgage rates and the heightened level of activity from investors are the major contributing factors to the slowing rental growth. 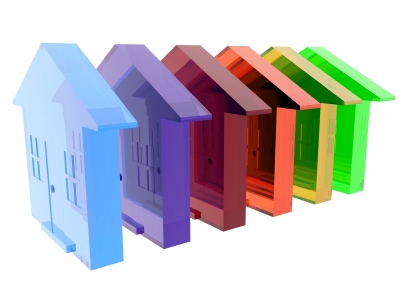 Three of the cities which have seen the largest ramp up in new housing supply and investor activity over recent years; Sydney, Melbourne and Brisbane, have continued to record rental rises over the past year however, each city is seeing a slowing in the pace of rental growth.

It is clear that the increase in investment stock is providing landlords with little scope to lift rental rates while the low mortgage rate environment provides little incentive to push yields higher.

Looking across the individual capital cities, over the past year, Sydney and Melbourne have recorded the greatest increases in weekly rents however, their rates of growth have slowed relative to a year ago.

Over the past month, weekly rents have moved lower across every capital city except Sydney where they were unchanged and in Melbourne and Hobart where they rose.

Over the past three months rents are lower in all capital cities. 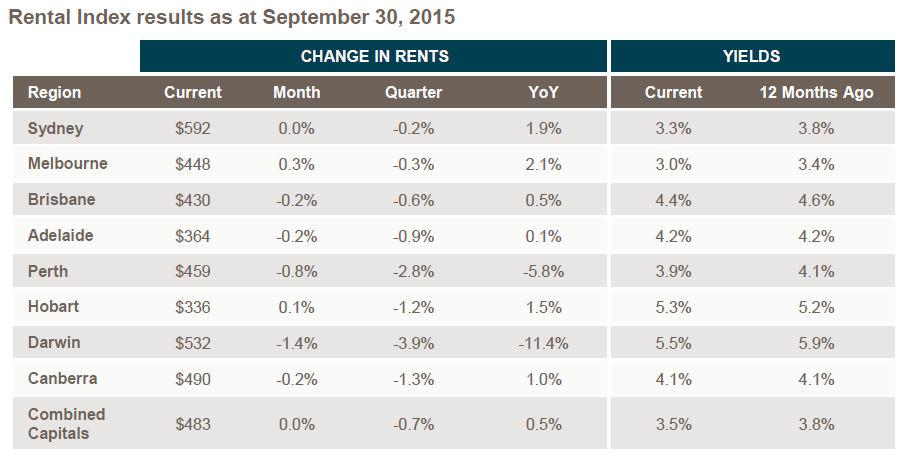 Combined capital city house rents were recorded at $487 per week in September 2015 and unit rents were $462 per week.

The gap in the rental cost remains significantly lower than the actual purchase cost of a house relative to a unit.

Over the past month, both house and unit rents across the combined capital cities were unchanged. 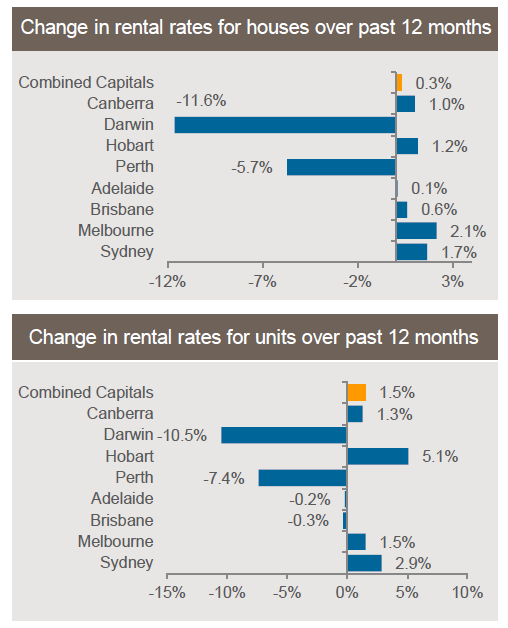 Over the three months to September 2015, rental rates for houses are down -0.8% whilst for units they are unchanged.

The data points to the fact that more recently the rate of rental growth has started to slow even further.

Over the past year, house rents have increased by 0.3% while units have recorded a greater 15% annual rise.

Annual rental growth is currently at its slowest pace on record and is also well below its 10 year average levels.

The 10 year annual rate of rental growth is currently higher than growth over the past year across each capital city.

The additional accommodation being provided by the current building boom along with record high levels of investment purchasing is adding substantial new dwelling supply to the market at a time where the rate of population growth is slowing.

Furthermore, the slowing rate of population growth is easing rental market pressures and contributing to the slow rate of rental growth.

With rental rates already increasing at their slowest annual rate on record, we envisage that growth in rental rates could slow even further over the coming months.

In fact there is the possibility that rental rates will start to fall on an annual basis over the coming months if the current downwards trend persists as expected.

The large pipeline of residential construction activity as well as high levels of investment demand means people choosing to rent continue to have more accommodation choices and landlords have limited scope to increase rents.

With capital city rents increasing at their slowest pace on record and home values continuing to rise, gross rental yields are trending lower.

At a combined capital city level, gross rental yields were recorded at 3.4% for houses in September 2015 and at 4.3% for units.

A year ago, gross rental yields were recorded at 3.7% for houses and 4.5% for units across the combined capitals.

With capital growth anticipated to continue to outpace rental growth we expect that rental returns are likely to push even lower over the coming months.

Unit yields are lowest in Sydney and Melbourne at 4.1% and highest in Darwin at 5.8%.

Sydney unit yields are currently at a record low.

Across most cities house rental yields are lower or at the same level now as they were at the same time last year, with Hobart the only city in which they are currently higher.

The unit market shows different trends to the detached housing market largely due to the much weaker value growth conditions for units and the fact that rental growth is a little stronger than it is for houses.

Yields are higher than a year ago in Adelaide, Hobart and Canberra and elsewhere yields have softened over the past year. 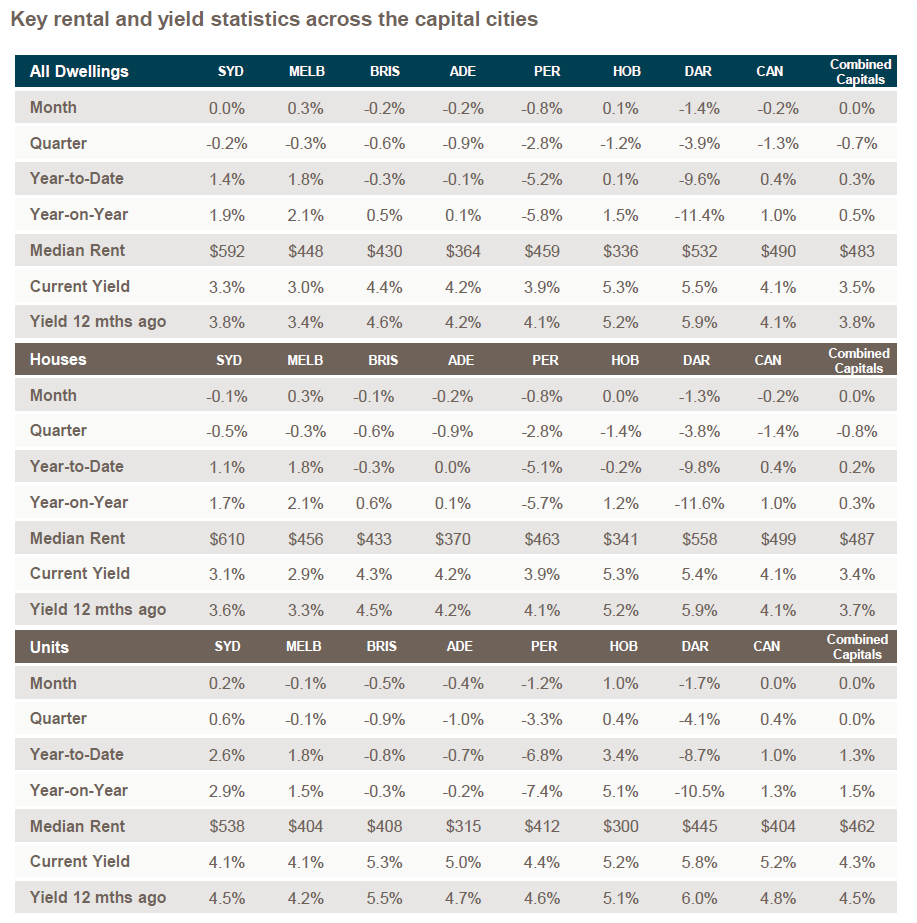 'Weekly rents still increasing – but ever so slowly' have no comments