The weekend will be over before you know it, so enjoy some weekend reading.

Melbourne property market: Why pricier properties are an easier sell

The property market is often filled with surprises – and this is no different.

An article on Domain.com.au looks at why those those pricey Melbourne properties have become easier to sell.

Buyers thin out at this price level, and how many $20 million to $40 million properties can we have anyway?

The answer is, in fact, true.

How could this be so?

Let’s look at the entry level of the prestige market.

The $2.5 million to $4 million market is still moving well, with plenty of stock and multiple bidders on most of properties, especially A-grade stock.

(Those in good locations, on relatively decent sized blocks with a recent renovation and a killer floorplan.)

At the next level up, the $5 million to $7 million bracket, buyers are thinning out – and as you would expect, they have high expectations of a home and want it to tick all of their boxes: a pool and a tennis court.

Their decisions are being guided by high expectations and the banks’ willingness to let many of them gear their loans at 80 per cent of the purchase price.

However, scale the lofty heights of property perfection all the way to the upper end of the prestige market, the $10 million to $20 million-plus segment — where you need to be seriously wealthy and mortgages are not even a consideration — and that’s where the market is coming up short.

At this price point, the majority of the buyers are local and not international. 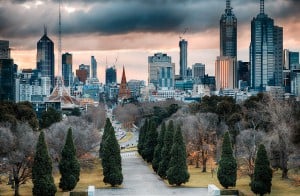 These buyers pay cash and are not reliant on the banks to fund their purchase.

They are waiting for that perfect property in either a location they have always wanted or a home they have coveted for many years – their generational home.

They will wait until it comes on the market or an opportunity comes along to purchase it.

It’s not uncommon for buyers to have a checklist that includes specific streets and specific houses they want to live in.

Unlike the rest of the market, these buyers are generally not in a hurry to buy (or sell) something, so time is very much on their side.

How the household debt ratio can come down

This Blog by Pete Wargent shows the statistics.

It’s interesting to browse through the Reserve Bank’s statistical tables, for despite all the talk of ‘perfect storms’ and ‘debt crises’ household wealth has blazed to unprecedented levels at around $10 trillion (from under $6 trillion in 2010), making Australia’s households the second richest in the world, after Switzerland.

Indeed, asset to income ratios have never been anywhere near as high as they are today. 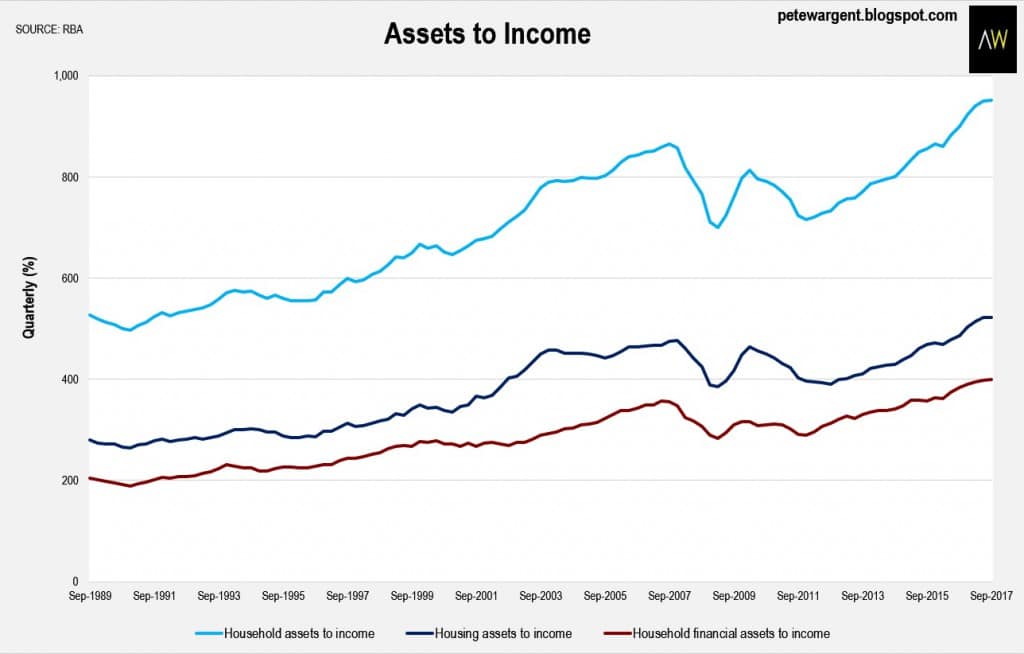 As for the perfect storm of mortgage stress, arrears remain low despite a significant increase in Western Australia, and on the measures that the Reserve Bank tracks in its statistics at least, interest repayments remain at fairly benign levels (despite a recent increase).

The start of the year has proven to be a rough one when it comes to home loan arrears.

According to results from Business Insider the amount of home loans errands has unusually high, particularly for this time of year.

The percentage of Australians falling behind on their home loan repayments jumped sharply in January, increasing across every Australian state and territory. 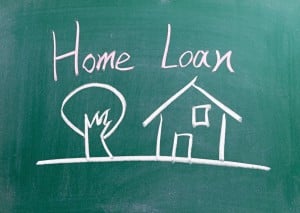 “Loans in arrears by more than 30 days increased in January in every state and territory,” S&P said.

“Western Australia retained its position as the home of the nation’s highest arrears… [with those more than 30 days in arrears rising to] to 2.44% in January from 2.08% in December, to reach a new record high.”

At the other end of the spectrum, arrears in New South Wales recorded the lowest level across the country at 0.98%, although that too was higher than the 0.81% level one month earlier.

As seen in the map below, arrears increased in all states and territories during January.

However, before you start worrying about an imminent housing crash fuelled by “liar loans”, S&P says the substantial increase in January was not all that unusual.

“Arrears typically increase in January, reflecting the impact of Christmas spending and summer holidays,” it said, referring to overspending at the shops by some and the fact that many Australians are not managing their finances as stringently as at other parts of the year during their summer holidays.

While a seasonal pattern that’s been seen before, S&P said the scale of the increase was larger than usual, suggesting that it may have been caused by higher mortgage rates for borrowers.

“We believe the impact of incremental increases in interest rates during 2017 could be a contributing factor to the rise in mortgage arrears in January,” it said.

“We believe overall arrears could moderate in the coming months.

In particular, S&P is monitoring the impact on serviceability of borrowers whose interest-only loans approaching are their expiry date.

“Lending standards for interest-only loans were less stringent before 2015,” it says.

“Interest-only loans underwritten before 2015 therefore could be more susceptible to repayment shock when the loans roll into an amortising repayment structure.”

With APRA limiting the proportion of interest-only lending to 30% of total new mortgage loans, some borrowers will be forced to switch from fixed to principal and interest repayments, potentially adding to their monthly mortgage repayments.

In this article for Switzer, John McGrath looks at which suburbs are at the top of the list.

Since stamp duty exemptions and concessions were introduced on July 1 last year, more than 19,000 people have bought their first home in NSW. 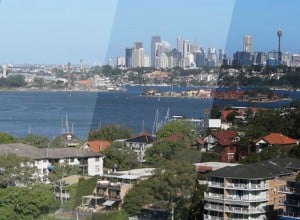 This is great news for young people realising their dream of home ownership.

Your first home is not just an amazing personal milestone, it’s also a cornerstone financial asset that will likely serve you in many ways throughout, at least, the first half of your life.

Primarily and most importantly, it provides you with your own little place in the world, where you can paint the walls whatever colour you like and make improvements along the way to create your perfect space.

Secondly, your first home also provides a major financial building block that can be used in many ways. 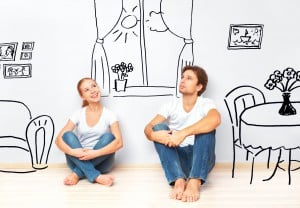 With all these options and benefits in mind, it’s great to see so many young people taking advantage of incentives to purchase their first homes now.

So, where are they buying?

The NSW Government recently released a list of suburbs with the greatest number of first home purchases since July 1, 2017 and there were two clear trends.

The first trend is the more affordable Western and South-Western suburbs of Sydney dominating the list.

At the top is Liverpool, where the median price of a two bedroom apartment is $440,000*.

The second trend is a spike in first home buying in country areas, where young people are demonstrating very smart thinking.

At the end of the day, it’s obvious that the stamp duty concessions were primarily designed for first home buyers in Sydney, where property prices are high and affordability is a genuine issue.

Finland is the happiest country in the world, says UN report

The results are in!

Finland has been named the happiest country in to the world – but why?

An article on theguardian.com looks what keep Finland cheerfully happy.

Finland has overtaken Norway to become the happiest nation on earth, according to a UN report. 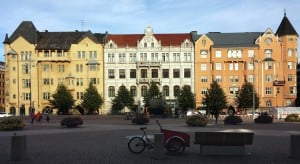 The 2018 World Happiness Report also charts the steady decline of the US as the world’s largest economy grapples with a crisis of obesity, substance abuse and depression.

The study reveals the US has slipped to 18th place, five places down on 2016.

The top four places are taken by Nordic nations, with Finland followed by Norway, Denmark and Iceland.

Burundi in east Africa, scarred by bouts of ethnic cleansing, civil wars and coup attempts, is the unhappiest place in the world.

Strikingly, there are five other nations – Rwanda, Yemen, Tanzania, South Sudan and the Central African Republic – which report happiness levels below that of even Syria.

For the first time the UN also examined the happiness levels of immigrants in each country, and found Finland also scored highest. 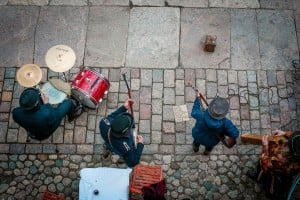 “Finland has vaulted from fifth place to the top of the rankings this year,” said the report’s authors, although they noted that the other three Nordic countries (plus Switzerland) have almost interchangeable scores.

The rankings are based on Gallup polls of self-reported wellbeing, as well as perceptions of corruption, generosity and freedom.

The UN placing is the latest accolade for Finland, a country of 5.5 million people that only 150 years ago suffered Europe’s last naturally caused famine.

The country has been ranked the most stable, the safest and best governed country in the world. 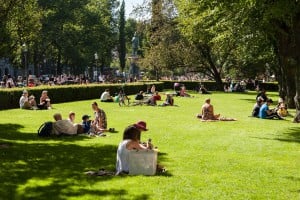 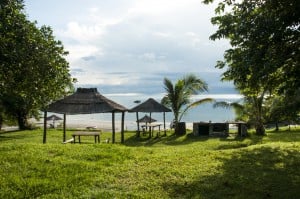 Weekend video: Why Don’t Country Flags Use The Color Purple?