Even the Real Estate Institute of WA figures explained just how bad the market is for sellers.

Those figures put the market back where it was at the end of 2007.

The number of sales was 30 per cent below the 15-year average.

REIWA president Alan Bourke said it was the most sluggish period for sales in 16 years. “We have not seen such a sustained low period of low turnover since 1995,” he said.

However, it was still above the levels of the early 1990s recession. There had been similar low points in 1997 and 2008 but the market had bounced back.

The number of days taken to sell a property rose by eight for the quarter, to 71, with 68 per cent of sellers discounting asking prices to enable them to sell their property.

And even though sellers were taking their properties off the market, there was still 47% more properties for sale than the same time the previous year.

Rents remained stable at an average $370 a week, though the vacancy rate tightened during the quarter from 3.4 per cent to 3.2 per cent.

It was much the same story in regional areas, with turnover down 40 per cent on the 15-year average.

Bunbury, Geraldton, Esperance, and Karratha each recorded small gains in median prices, while the average cost of a block of land also increased slightly, by $6000 to $166,000.

Mr Bourke said there was unlikely to be strong growth in 2011 due to a continuing surplus of stock and a slower rate of population growth.

“It will be a year for the market to settle down, for prices to adjust to meet weaker demand and a slow return of consumer confidence.”

The Australian Bureau of Statistics – its house price index fell 3.2 per cent in the December quarter, the largest such drop since records began in 2002. The same day Mr Bourke said: “We’ve had five quarters of decline in activity, and that’s pretty much unprecedented.”

As always the figures are different as each analyst uses a different methodology – but the conclusion is the same. If you are a home buyer there is nothing wrong with moving because your’e buying and selling in the same market.

But if you’re a property investor – I suggest you put your money in east coast capital city properties. It’s too early in the cycle to invest in WA. 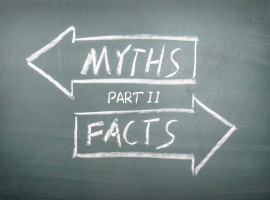