Owners of investment properties in Western Australia could be hit with a new $270 annual levy, under a proposal being considered by the McGowan government.

State Treasurer Ben Wyatt confirmed that the proposal was under consideration ahead of his government’s first budget in September.

However, he denied the levy would break Labor’s pre-election promise of “no new taxes on West Australians.” 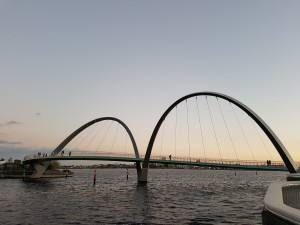 The levy would be linked to water rates on properties with an annual rental income of more than $24,000.

Wyatt said it was one of the many proposals put forward by government agencies to raise additional revenue to aid the cash-strapped budget.

“Clearly, I am trying to come up with a way forward that minimises the impact on the most vulnerable in WA,” he said.

Wyatt differentiated the proposed new levy from Labor’s “no new taxes” pledge by saying it related to fees and charges, which Labor flagged increases in during the campaign.

“Fees and charges, in my view, need to be focused very much on ensuring we do recover the cost of that service,” he said.

“That’s been the adoption of many governments for many years now.”

“This would be a tax on some of the lowest-income people in the state.

If this is put through on water bills, it will be passed on to renters,” he said.

While many aspects of the government’s first budget will not be known until September, increases in fees and charges, such as power and water rates, will be known beforehand as they will come into force on 1 July.

Wyatt had previously flagged significant increases in those rates, indicating that household power charges would rise by at least the 7% currently forecast in the budget.

'WA Investors Could Be Hit With New Levy' have no comments