In this week’s two minute property investment news video I talk about the forecast for developments over the next few years. 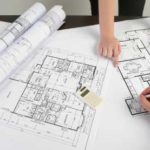 Proud says forecasts for 2015 that show residential development reaching 180,000 new starts, will help the situation. In other news….the Australian Bureau of Statistics has released finance figures for July which show an upswing.

While the increase was a modest 0.4 per cent, the Master Builders Association says it’s a good result after the previous month’s three per cent fall.

The Association also points out that the result is up 2.3 per cent on the July 2013 figure with some of the most solid gains being over the past six months. So it looks like the construction industry has found itself a silver lining there.