David Airey, president of the Real Estate Institute of Western Australia joked that with no WA team in the AFL grand final a few weeks ago, more people seem to have escaped the television and gone house hunting.

His comments came on the back of a rise in Perth’s median house price during the September quarter this year. 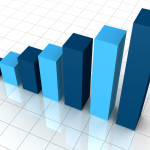 Airey was quick to say that although there was a pick-up in sales at the end of September, numbers overall for the quarter were actually down by seven per cent compared to the June quarter.

While he may not be serious, it’s interesting to think that footy free Saturdays might mean more feet on the ground at open houses.

In other news, good things do come in small packages and in this case it is as small as 16 square metres of real estate.

Finding a secure car park is certainly at a premium in Elizabeth Bay NSW where one vehicle space fetched $210,000 at auction.

The car park reportedly last sold in 1977 for $2,000, so its most recent sale reflects 13% annual price growth since then.

The sale comes a week after the State Government announced plans to restrict the supply of car spaces in new Sydney apartments built near ­public transport.