National residential property listings fell during the month of December.

It is important to note though the seasonality at this time of year as vendors typically withdraw advertising and inspection times over Christmas and New year.

Notably, property listings in Sydney and Canberra are considerably higher than this time last year (December 2014).

Sydney experienced a yearly rise of 16.2%, with residential property listings climbing from 20,268 to 23,546. Canberra also experienced excessive yearly growth with sale listings up 14.2% based on a total 3,525 listings.

Hobart recorded the biggest yearly change, with sale listings falling by 7.8%, reducing the number of properties for sale to 3,869.

While the headline may record a decline in listings for December, the truth is there is heavy seasonality this time of year.

Therefore the yearly result is a better indicator of the market.

And on that front we are recording large rises in Sydney while Melbourne listings are noticeably down.

To me this is yet another indicator of the slow market that Sydney is now experiencing and the contrasting Melbourne market which this information suggests, is firming.” 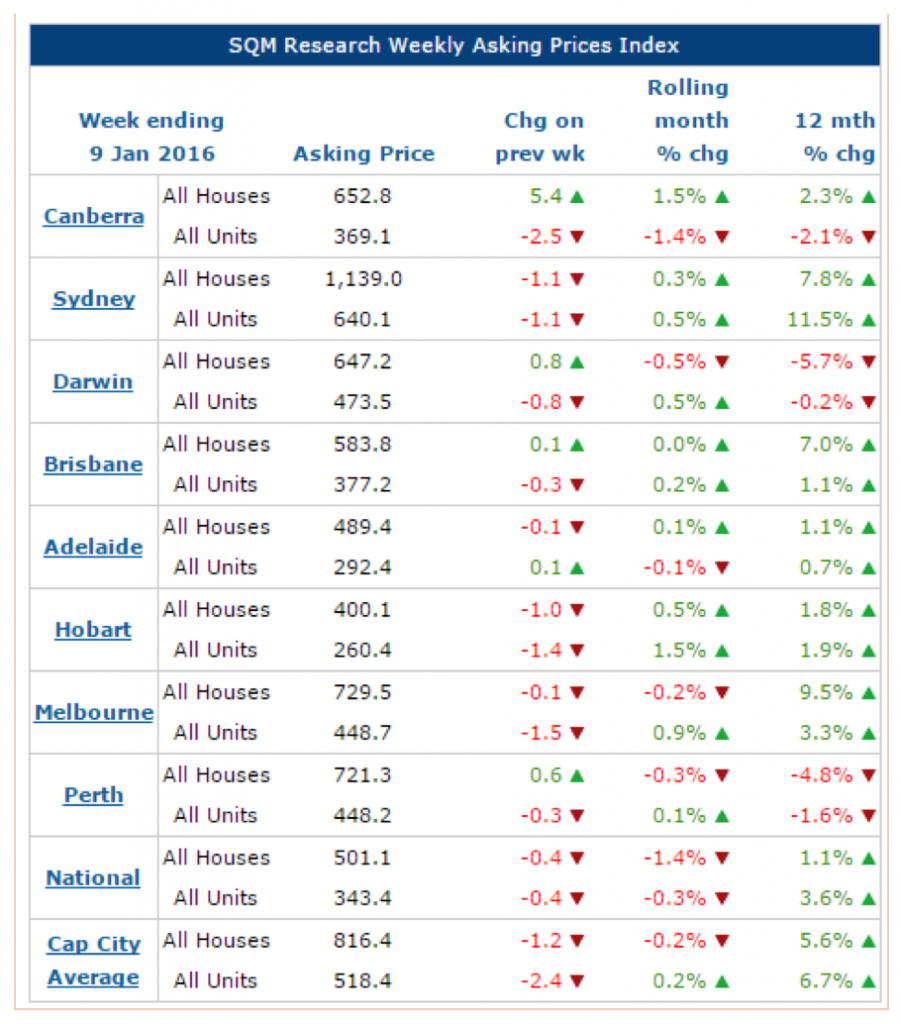 Year-on- year results reveal that Sydney median asking prices have risen 7.8% for houses and 11.5% for units compared to this time last year.

'Vendors Moved to the Sidelines for the Holidays' have no comments