Data released by SQM Research has revealed the national residential vacancy rate edged lower to 2.1% in September 2019, down from 2.2% in August, with the number of vacancies dropping in most cities.

The number of vacancies Australia-wide sat at 71,404 properties. Sydney’s vacancy rate dropped to 3.2% in from 3.4% in August with 22,762 properties available for rent. 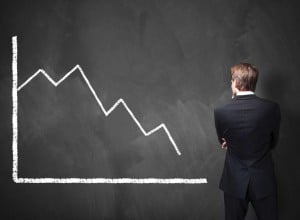 Canberra’s rental market remained tight, with the vacancy rate falling to 1.0%, down from 1.2%.

It was a better month for leasing in August, especially in the cities of Brisbane, Perth, Adelaide and Canberra.

Sydney also had a relatively good month as well, but vacancies in Sydney still remain elevated and are still predicted to rise before the year is over.

Perth and Brisbane are likely to continue to record falls in vacancies over the short to medium term due to current low dwelling completion activity verses increased underlying demand.

Despite the rise in vacancies, capital city asking rents for houses were steady over the month to 12 October 2019 at $544 a week.

Despite the upward pressure on the vacancy rate and falling rents in Sydney, the asking rent for a three-bedroom house in Sydney remains the highest nationwide at $672 a week and $496 a week for two-bedroom units.

Asking unit rents were down 0.3% in Sydney over the month while asking house rents fell 0.6%.

'Vacancy rates take a dip' have no comments