Data released by SQM Research this week has revealed the number of national residential vacancies was 75,733 homes in July 2017, giving a national vacancy rate of 2.3%, down from 2.4% in June.

Vacancies were steady in Melbourne at 1.7%, but are down from 2.1% a year earlier.

While vacancy rates had remained largely steady in Melbourne and Sydney, the numbers reflected still tight rental markets in those cities, where high costs mean many people are spending 30% or more of their income on rents.

Our data shows that asking rents in Melbourne for house and units are up 4.6% and 5%, respectively, over the year to August 12, well above the inflation rate.

Excessive population growth is driving rents higher in that city, as well as house prices.

On this front, I agree with Dick Smith and other economists on proposed immigration cuts.

The surge in population is the primary reason why the RBA’s warnings last year and earlier this year of an oversupply in Sydney and Melbourne have not materialised.

I suspect surging population growth is also the reason why APRA’s actions in 2015 to slow the investor market place in order to take the heat out of the Sydney and Melbourne market only worked temporarily.

If we do not address this issue in the manner  required, it is unlikely housing affordability is going to materially improve from this point.

Indeed, affordability could further deteriorate in the form of higher rents and higher house prices with the only other remedy being aggressive interest rates rise from the RBA.

Vacancies are just 0.5% and market rents have effectively risen by over 10% in the last 12 months.

Unfortunately, few developers will build in Hobart due to the high transportation costs of moving materials across from the mainland plus the historical risks attached to the local economy,” Christopher said.

While asking rental growth for houses has moderated slightly, the asking weekly rent for a three-bedroom house in Sydney sits at a high $729, leading all other cities. 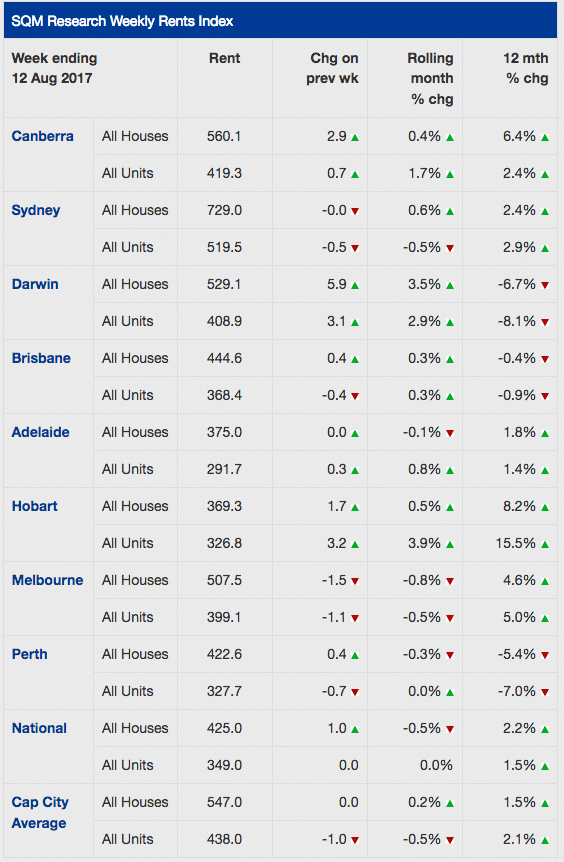