Figures released by SQM Research this week have revealed that the number of residential vacancies nationally dipped slightly during October, recording a vacancy rate of 2.1% nationally, and 62,947 vacancies.

This is the second consecutive monthly decrease in rental listings off the back of a period of reasonable stability; however our historical data has revealed that this is a pattern which has been repeated over the last several years, and thus is more than likely a seasonal decrease.

Year on year, vacancy rates on a national level have remained stable also, with only a 0.1 percentage point increase recorded when compared to October 2013. 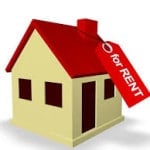 Drastic yearly changes are occurring on a capital city basis however, with both Perth and Darwin revealing massive surges in vacancies since this time last year.

This has been the trend in recent months and is largely attributed in the downturn in the mining boom, to which both these cities are highly sensitive.

The remainder of the capital cities have either steadied or recorded minor decreases, although Canberra has proven to be the exception both on a monthly and yearly level, revealing a 0.3 percent point drop since October 2013, and of particular interest since September 2014 also (month-on-month).

Coinciding with this, it is these three capital cities (Darwin, Perth and Canberra) that have experienced yearly falls in asking rental prices when compared to this week last year, as seen in the chart below: