Data released by SQM Research this week has revealed the national residential vacancy rate slipped to 2.1% in March 2018, with the number of vacancies Australia-wide falling to 68,964, down from 2.2% in February when 69,727 properties were available.

Capital city asking rents have been pressured in Melbourne where the vacancy rate is just 1.4%. 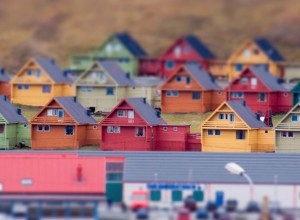 But Sydney’s vacancy rate is well up from 1.7% a year earlier, reflecting slightly easier rental conditions in the nation’s most populous capital.

Hobart’s vacancy rate inched higher to 0.6% from 0.5%, but a shortage of rental properties still exits there.

In Adelaide, the vacancy rate remained tight at just 1.4%.

In contrast to the national trend, Darwin’s vacancy rate rose to 3.6% from 3.3% in February.

The vacancy rate in Perth was steady at 4.1%.

The vacancy numbers highlighted tight rental markets in some capital cities, particularly in Canberra and Hobart but also in Melbourne.

Reflecting the tight rental conditions in Melbourne, asking rents for houses were up by 1.1% over the month to 12 April 2018, while asking rents rose 4.7% over the year.

We can expect continued strong growth given the high population growth that Melbourne is currently experiencing, creating rental demand.

In contrast, Sydney’s vacancy rate is above year-ago levels, and as rental vacancies rise, asking rents are falling.

Asking rents for houses fell 1.3% over the year to 12 April while asking unit rents increased by just 0.8%. Sydney rents could continue to ease this year given its higher vacancy rate.

Over the year, asking house rents rose by 1.3% while asking rents for units increased by 0.9%.

The asking rent for a three-bedroom house in Sydney remains the highest in the nation at $738 a week while for units it stands at $524. 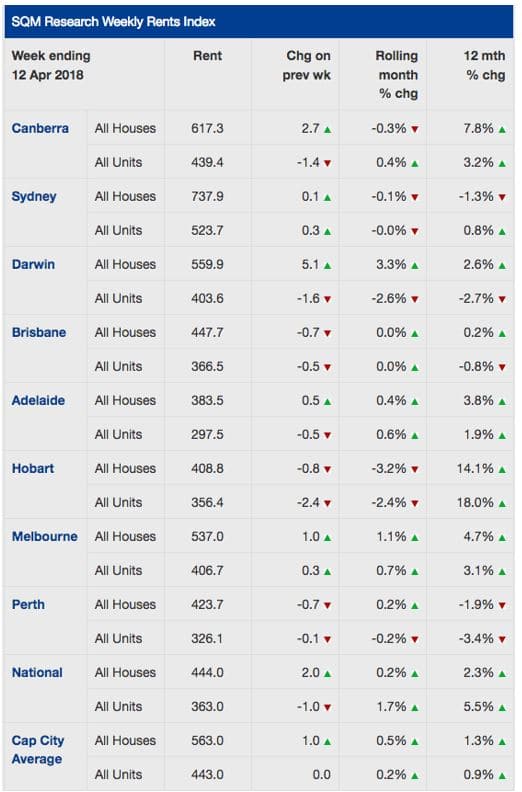 'Vacancy Rates Dip in March' have no comments