Data released by SQM Research this week has revealed the national residential vacancy rate fell to 2.2% in February 2018, with the number of vacancies Australia-wide falling to 69,727, down from 2.3% in January, led by a sharp drop in Melbourne rental properties. 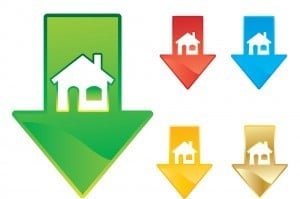 Reflecting that, asking rents jumped over the month to 12 March in both cities.

Hobart’s vacancy rate inched higher to 0.5% in February from 0.4%, but that still reflects a deep shortage of rental properties in that city.

In Sydney the vacancy rate was steady at 2.3% from January, but well up from 1.8% a year earlier, reflecting slightly easier rental conditions.

Brisbane recorded a drop in its vacancy rate to 3.4% from 3.6% in February as the surplus of rental properties eased in that city, though asking rents fell over the month to 12 March.

Elsewhere, the vacancy dropped in Perth to 4.1% from 4.4% in January, providing further evidence that the Perth housing market is forming a recovery.

The vacancy numbers highlighted tighter rental markets in most cities, which is largely a seasonal effect as students and workers moved to new rental homes for the beginning of the year.

Canberra’s rental market has continued to tighten as workers flooded back to the national capital and we’ve also seen a sharp drop in Melbourne’s vacancies, which has pushed up asking rents, which could continue to climb higher this year given the explosive population growth that Melbourne is currently experiencing.

In contrast, Sydney’s vacancy rate has moved higher, and is well above year-ago levels, taking pressure off asking rents, which fell over the month to 12 March. Sydney rents could continue to ease this year given the higher vacancy rate.

Unit asking rents were steady at $442 a week.

Over the year, asking house rents rose by 0.4% while asking rents for units increased by 1.8%.

Reflecting a shortage of rental properties, asking rents rose the most in Hobart over the month to 12 March, by 5.2% and 4.2% for houses and units, respectively.

The asking rent for a three-bedroom house in Sydney remains the highest in the nation at $739 a week while for units it stands at $524. 'Vacancy Rates Dip in February' have no comments