Available rental properties plunged in the Melbourne and Sydney CBDs while capital city asking rents have 9.4% over the year to March 12, which is likely to add fuel to inflation.

The total number of vacancies Australia-wide now stands at 43,844 residential properties, down from 47,977 in January.

SQM Research forecasts further falls in CBD rental vacancy rates as international borders reopen and a partial return to ‘working from the office’.

Perth, Brisbane, and Canberra recorded the biggest increase in the house asking rents over the month, while Melbourne and Sydney house rents were steady.

Over the year, the capital city asking rents surged by 9.4% on a combined dwelling basis.

Given a dramatic tightening in vacancy rates, we are seeing an ongoing acceleration in weekly market rents across the capital cities.

This situation now represents a significant rental crisis across the country.

The flooding may exacerbate the shortage of rental accommodation in NSW and Queensland in the coming weeks.

And the new surge in international students and other overseas arrivals will continue to create shortages in our inner-city regions.

Overall, it is likely vacancy rates will fall again over March as the first week recorded yet another decline in rental accommodation listings. 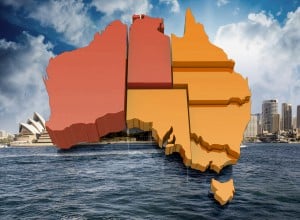 Some slight relief may be at hand as the current seasonal tightening we have seen at this time of year generally comes to an end over April.

As it stands, the current rent rises represent the largest increase since the 1970s and so there are major terms ramifications for inflation.

Housing is the highest weighted group in the CPI, accounting for around 23% of the basket.