Thirteen lenders will hike their variable rates tomorrow for both owner occupiers and investors, a move that will see the majority of Aussie mortgage holders hundreds of dollars out of pocket.

A RateCity analysis shows that ‘Rate Hike Friday’ will hit mortgage holders by an average of 0.17 percentage points which translates to $372 per year on a $300,000 home loan.

An additional three banks have, or will increase their rates to make it at least 18 lenders in total who are bucking the RBA’s downward trend.

RateCity money editor Sally Tindall said that in the eye of the rate storm, a number of smaller lenders were still dropping their variable rates.

“We’ve identified least 24 lenders who have dropped their variable home loan rates in recent months – but there’s a catch – the overwhelming majority of these lenders will only give you the new deal if you’re a new customer,” she said.

“Loyalty has well and truly left the home loan market. If you want one of the lowest rates, the chances are you’ll have to switch.

“Just one bank in our research, CUA, is dropping its basic variable rate for existing customers as well as new ones. That’s a strike rate of 1 per cent.”

Lenders who have cut owner occupied variable rates since July: 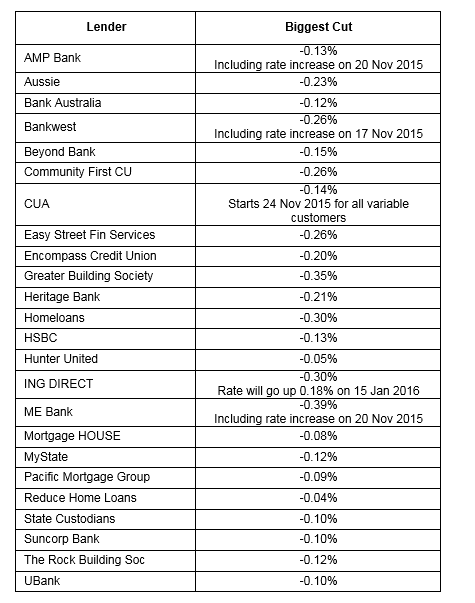 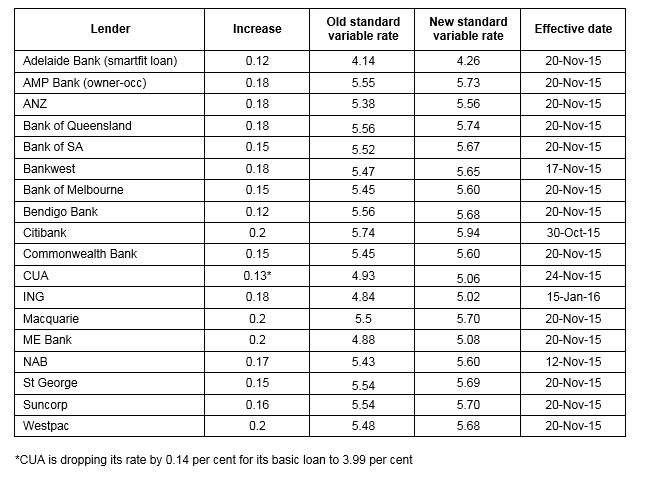 'An unhappy Friday ahead: Rate hikes will see mortgage holders out of pocket' have 2 comments