A classic beginner mistake I see regularly is with options in Leases. 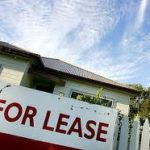 Many Investors work under the mistaken belief that an option clause in a Lease allowing the tenant to extend the term of the Lease, must also be agreed to by the landlord before it can be exercised.  Not so.

Almost always the right to extend a Lease under an option clause is the tenant’s call (and can often also be exercised even if the tenant is in default under the Lease) and the landlord has no input into it at all.

And here is where it gets really cruel…

If the Lease is extended the rental stays the same, without any increase (even CPI) unless the option clause specifically provides that the rent is to be reviewed or at least increased by CPI at the time any option is exercised.

So here is another one of those clauses that you should keep in your Investor’s Toolbox for future reference.

Remember, the real estate agent won’t suggest such a clause to you.

For them it raises more issues to resolve before they get the deal signed. Remember they operate under the often unspoken principle that “Less is Yes”.

That is, the less clauses they have in the offer they take to their Seller or their Landlord, the more chance they have of getting them to say yes to the deal.

The Lease for that period will be on the same terms as this Lease, except for this clause and the rental, which rental will be the current market rental payable for the Lease of similar properties in the locality at the commencement date of the new Lease.

The person nominated will determine the amount of the current market rental and in doing so that person will act as an expert and not as an arbitrator and their decision will be final and binding upon the parties.”

'Do you understand the notion of options on Leases? | Rob Balanda' have no comments