What does a typical Australian house look like and what will it look like in the future?

Obviously that’s an important thing for those interested in property to understand, so in a recent Real Estate Talk show, I asked this question to Bernard Salt, demographer and partner at KPMG.

HERE’S THE TRANSCRIPT OF THIS ENTERTAINING INTERVIEW:

Kevin:  What does a typical Australian home look like? 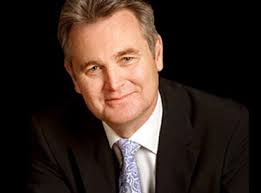 Is there a typical Australian home?

Bernard:  In fact, I don’t think there’s an average anything in Australia.

In fact, there is the lifestyle thing  in places such as Queensland  and in particular the Gold Coast and Sunshine Coast.

Then there is middle suburbia –  the three-bedroom quarter-acre block product that was developed in the 1950s and 1960s.

Then, of course, you have the McMansion product – these are very large houses on the edge of town in sort of tree-change locations.

Then you have the apartment product, which has really had an impact on Melbourne, Sydney and Brisbane over the last ten years.

In particular, where you have that inner-city hipster as well as many corporates and others who simply want to live that Manhattan lifestyle close to all facilities downtown.

As a Melbournian, I can certainly cite the instances of Manhattan high-rise apartments in St. Kilda Road, Southbank, and Docklands, of course, and then dotted around Sydney, as well.

These trends really kicked off from the middle of the 1990s in Sydney first, then to Melbourne and then to Brisbane

Brisbane took a while to jump on board, but it’s fully on board now, and anyone looking at the skyline of Brisbane would know that the Manhattan-ification of Brisbane is underway.

Kevin:  What’s the prevalence of multiple generations sharing the one home?

Bernard:  Well, in fact, multiple generations sharing the one home is not really a trend that you see in traditional Anglo Australian-born households.

These are certainly popular; multiple generations in the one home are very popular amongst some migrant communities.

In fact, Chinese, even Indian communities, particularly see this as a continuation of traditional ways of living, I suppose.

However, based on the evidence of how the Italians and Greeks have evolved, I think that the multi-generational households that apply to some migrant groups, by the second generation, we tend to Aus-ify them and they adopt Australian values where each generation pretty much gets its own household.

Kevin:  But is home ownership still an Australian dream? In your view, is it achievable by young Australians?

I think this is often an issue with Generation Y and particularly, in the major capital cities, be it Sydney, Melbourne or, in fact, Brisbane.

It may mean that you have to go to a provincial city or, in fact, to a location further out from the city’s center.

Of course, many Generation Y’s don’t want that.

They want to remain around the hipster edge of the inner city and look for an apartment or a house in that area.

'What does a typical Australian home look like?' have no comments