Well housing interest rates are now officially at their lowest since 1968 and whilst this is good news for Australian home buyers, it is worth understanding why this is the case. 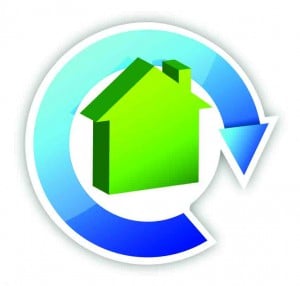 As such, the Reserve Bank of Australia has adjusted down the base mortgage rate, which is intended to free up discretionary income, increase repayment capacity or borrowing ability and stimulate general economic consumption.

This is good news for home buyers on a few levels

We can expect a less volatile housing cycle generally over the next short and medium term as any increase in the borrowing rate will most likely be modest and only likely to follow broader economic growth such as employment and wage growth.

So it could be a great time to lock in a low interest rate in the knowledge that the cost of borrowing could be as low as it is ever going to get.

Remember that the housing market activity is more reflective of the local supply and demand drivers that exist in each area, rather than simply the blanket interest rates alone.

So what are some of the real estate trends we can expect to see over the next 12 months?

For example, whilst there will be more apartment living as lifestyle choice, most CBD areas continue to provide a supply level that is ahead of demand and likely to be unchanged for the shorter term.

Therefore, just because the cost of home borrowing has become lower, this will not translate to a growth in property values, despite the increased numbers of new people moving into these areas, until property supply aligns with demand.

I think we will see continued rapid gentrification of inner suburban areas as owners seek to renovate and add value to existing properties, especially as the borrowing cost of doing so is reduced, but also as way of reducing commuter time, as roads and transport systems generally play catch up.

Increased buyer affordability is likely to push the mortgage belt further to the fringes of capital cities as first and second time buyers capitalise on the interest rate relief.

This will bring increased numbers to these segments of the home buyer market and competition ultimately will start to drive up property values in areas that have seen modest growth over recent years.

Increasingly, employers are adopting more flexible working hours and this gives rise to the green-changers or sea-changers as a combination of tele-commuting, decentralised corporate hubs and flexi-time policies that provide greater opportunity for work/life balance.

Australians continue to look to regional areas with fast rail commutes of under 90 minutes and take advantage of their buying power compared to metropolitan areas.

Separate to the shifting employment and work dynamic, the increased planning and development limitations within our urban areas, also continue to limit affordability within our existing capital cities.

For example, whilst Sydney has decentralised high rise housing locations in the past, community opposition continues to slow multi-density and high-rise housing amenity.

In the other capital cities, high-rise living continues to be contained to the CBD where supply typically exceeds demands.

It seems that we have adopted a ‘yes-but not in my backyard’ approach to high rise and multi density living, which pushes the urban sprawl.

Areas like the Sunshine Coast and Gold Coast in Queensland, Wollongong and Gosford in New South Wales, plus Geelong and Bendigo in Victoria are areas where workers have shifted from capital cities, yet can commute with arterial or public transport infrastructure available if needed, which underpins property values and growth in these areas.

'What trends can we expect in real estate in the next 12 months?' have no comments