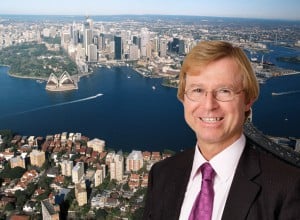 In a recent Oliver’s Insight, Dr. Shane Oliver, Head of Investment Strategy and Chief Economist at AMP Capital, talks about risks and possible consequences of a full-blown trade war between the US and China.

The threat of a full-blown trade war has escalated in the last few weeks with the G7 meeting ending in disarray over US tariffs on imports of steel and aluminium from its allies and more importantly President Trump threatening tariffs on (so far at least) $US450bn of imports from China, and China threatening to retaliate.

Our base case remains that a negotiated solution will ultimately be reached, but the pain threshold in the US is clearly higher than initially thought and the risks have increased.

Background on trade wars and protectionism

A trade war is a situation where countries raise barriers to trade, with each motivated by a desire to “protect’’ domestic workers, and sometimes dressed up with “national security” motivations. 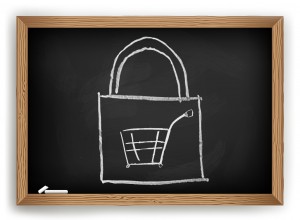 To be a “trade war” the barriers need to be significant in terms of their size and the proportion of imports covered.

The best-known global trade war was that of 1930 where average 20% tariff hikes on most US imports under Smoot-Hawley legislation led to retaliation by other countries and contributed to a collapse in world trade.

A basic concept in economics is comparative advantage: that if Country A and B are both equally good at making Product X but Country B is best at making Product Y then they will be best off if A makes X and B makes Y.

The trade war of the early 1930s is one factor that helped make The Great Depression “great”.

As RBA Governor Philip Lowe has observed “Can anyone think of a country that’s made itself wealthier or more productive by building walls?”

Access for US exports to China and stronger protection of US intellectual property.

His comments at the recent G7 meeting where he proposed completely free trade suggest he secretly does support free trade (although it’s a bit hard to know for sure!)

Where are we now?

Fears of a global trade war were kicked off in early March with Trump announcing a 10% tariff on aluminium imports and a 25% tariff on steel imports.

US allies were initially exempted but China was not and the exemptions for Canada, Mexico and the European Union expired on June 1.

But tariffs on steel and aluminium imports are minor at around 1.5% of total US imports. 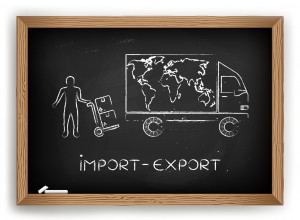 There is a risk of escalation though as the affected countries retaliate.

However, the main focus remains China.

On March 22, in response to the Section 301 intellectual property review (alleging theft by China), Trump proposed 25% tariffs on $US50bn of US imports from China and restrictions on Chinese investment in the US.

At the same time, the US lodged a case against China with the World Trade Organisation. China then announced “plans” for 25% tariffs on $US50bn of imports from the US with a focus on agricultural products.

These tariffs were put on hold after a May 19 agreement between the US and China under which China agreed to import more from the US, reduce tariffs and strengthen laws to protect intellectual property, with negotiations around the details to come. 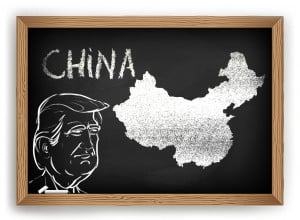 After China said that the May 19 deal was no more and that it would match US tariffs, Trump upped the $US100bn to a 10% tariff on $US200bn of imports and said that if China retaliates to that it will do another $US200bn.

Along the way Trump has also announced consideration of automobile tariffs – with the outcome yet to be announced.

The initial tariffs on steel and aluminium and proposed for $US50bn of imports from China amount to a still small 3% or so of US imports or just 0.5% of US GDP so only a trivial impact and hardly a trade war.

But if there are tariffs on $US450 of imports it’s about 18% of total US imports and will have a bigger impact.

On this scale it’s inevitable that consumer goods will be impacted. 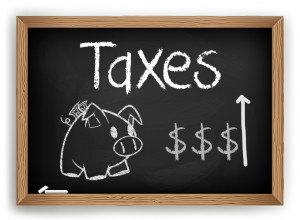 And with China only importing $US130bn from the US annually, it’s proportional retaliation to US tariffs will have to move into other areas like tougher taxation and regulation of US companies operating in China and selling US Treasury Bonds (although this will only push the Renminbi up which will make things worse for China).

And of course, with US allies preparing retaliation against US tariffs on steel and aluminium (eg EU tariffs on US whiskey and Harley Davidsons) there is a danger that conflict escalates here too as the US counter-retaliates.

And then there’s potentially auto tariffs.

There is also the danger that President Trump’s flip flops on policy (particularly after the May 19 agreement with China) and the confusion as to who is handling the US negotiations (whatever happened to Treasury Secretary Mnuchin who declared that the trade war had been put on hold?) has damaged Trump’s and US credibility.

The negative economic impact from a full-blown trade war would come from reduced trade and the disruption to supply chains that this would cause. 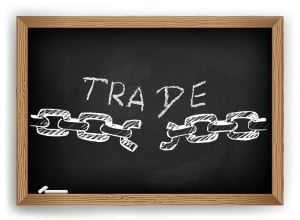 This is always a bit hard to model reliably.

Modelling by Citigroup of a 10% average tariff hike by the US, China and Europe showed a 2% hit to global GDP after one year, with Australia seeing a 0.5% hit to GDP reflecting its lower trade exposure compared to many other countries, particularly in Asia which will face supply chain disruption.

At present we are nowhere near an average 10% tariff hike (the average proposed tariff on $450bn of Chinese imports is 12% which across all US imports is around 2%).

So this would need much further escalation from here.

It might also be argued that the US is best placed to withstand a trade war because it imports more from everyone else than everyone else imports from it and the negative impact from the proposed tariffs (which is running around $60bn in tax revenue out of the economy) is swamped by the $300bn in fiscal stimulus boosting the US economy.

Trump also feels empowered because there is a lot of domestic support in the US for taking a tougher stance on trade (particularly amongst Republicans) and his approval rating has risen to 45% — the highest in his Presidency.

And the current situation mainly just involves the US and China (in terms of significant tariff announcements), so arguably Chinese and US goods flowing to each other could — to the extent that there are substitutes — just be swapped for goods coming from countries not subject to tariffs, thereby reducing the impact.

Some reasons for hope

So far what we have really seen is not a trade war but a trade skirmish. 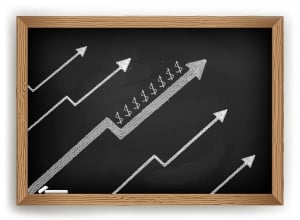 The tit for tat tariffs triggered in relation to US steel and aluminium imports are trivial in size.

All the other tariffs are just proposals and the additional tariffs on $US200bn of imports from China plus another $US200bn would take months to implement, much like the initial tariffs on $US50bn.

Trump is clearly using his “Maximum Pressure” negotiating approach with US Trade Representative Lighthizer saying on Friday that “we hope that this leads to further negotiations”.

If the US didn’t really want to negotiate, the tariffs would no longer be proposals but would have been implemented long ago.

And while Trump is riding high now as he stands tough for American workers, a full-blown escalation into a real trade war with China come the November mid-term elections is not in his interest.

This would mean higher prices at Walmart and hits to US agricultural and manufacturing exports both of which will hurt his base and drive a much lower US share market which he has regarded as a barometer of his success.

US Congressional leaders may also threaten intervention if they feel Trump’s tariff escalation is getting out of hand. 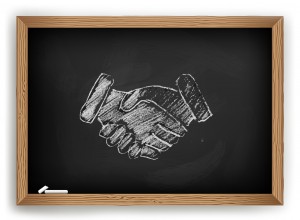 So negotiation is still the aim and China, given its May agreement, is presumably still open to negotiation.

So our base case is that after a bit more grandstanding for domestic audiences, negotiations recommence by early July allowing the July 6 tariffs to be delayed as negotiations continue, which ultimately lead to a resolution before the tariffs are implemented.

But given the escalation in tension and distrust of President Trump we would now only attach a 55% probability to this.

The other two scenarios involve:

Key to watch for is a return to negotiation between the US and China by the end of June.

The renegotiation of NAFTA and proposed retaliation from the EU against US steel and aluminium imports are also worth watching.

Why are Australian shares so relaxed?

Despite the trade war threat Australian shares have pushed to a 10 year high over the last few days helped by a rebound in financial shares, a boost to consumer stocks from the likely passage of the Government’s tax cuts (even though these are trivial in the short term) and strong gains in defensives.

Given that China takes one third of our exports the local market would be vulnerable should the trade war escalate significantly.

But if our base case (or even a short-lived trade war) plays out the ASX 200 looks on track for our year-end target of 6300.