As the situation worsened overseas, Australia’s policy makers were lucky to have more time than their counterparts in Europe and Asia to prepare before the worst of the crisis hit our shores. 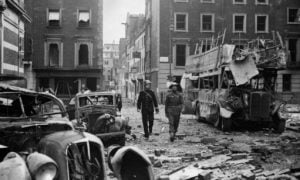 They formulated a massive fiscal intervention, combined with unprecedented levels of government control over society and the transition of a large proportion of the population to the government payroll.

This was our government’s response to the outbreak of the Second World War, and it bears a lot of similarities to our current circumstances, with the distinction not helped by the tendency of our politicians to lean on military metaphors whenever the opportunity arises.

And although many of us are fighting this one in our Ugg boots rather than combat boots, there are a few things we can learn from our wartime economic experiences that are pertinent to Australia today.

Diana Mousina an Economist with AMP recently explored, how thee WWII experience is similar to the current state of affairs in Australia.

Here’s what she said:

1. Government expenditure will continue to drive the economy over the short term

Government spending often takes over an economy during wartime, crowding out private investment to secure critical resources for the war effort.

Australian economic policy through the Second World War was a deliberately-crafted Keynesian response, along the lines laid out in Keynes’ advice to the British government, published under the title How to Pay for the War in 1940.

Policy makers worked towards full employment, with the ultimate aim of maximising output.

Today, those means are more accurately the end, although simply reducing unemployment is a more realistic goal than reaching full employment.

Regardless, government spending as a proportion of GDP is likely to remain higher over the short term, especially since private investment will continue to be hamstrung without a reliable path to a future free of outbreaks and lockdowns.

Given that this task will probably stretch well into 2021 and possibly beyond, get ready for another round of stimulus that moves beyond the temporary arrangements put in place this year to areas such as infrastructure spending.

2. We’ll have to deal with inflation, eventually

Unemployment in Australia went from almost 9% at the outbreak of the war to less than 1% in 1943.

Coupled with shortages that resulted from disrupted supply lines and additional demand for resources for military purposes, this created strong inflationary pressures within the economy. 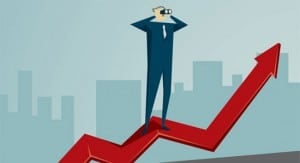 Having learned their lesson from the experiences of the First World War, the Commonwealth Government instituted a widespread system of wage, price controls and rationing, and successfully contained inflation below 4.5%2.

We’re obviously a lot further back from that point at the moment; our problem for the foreseeable future will be excess capacity in the economy rather than scarcity, and inflation, at least in the traditional consumer sense, is not likely to trouble the Reserve Bank for some time.

It’s important, however, to remember that eventually, such enormous fiscal and monetary stimulus will probably require governments and central banks to act to mitigate inflationary pressures, particularly once the economy starts to properly recover.

Interest rates are likely to be lower for longer, but not forever.

3. We might outgrow our debt before we pay it back

Australian Government public debt peaked in the aftermath of the war at over 120% of GDP, yet was paid off by the 1970s.

Whilst tighter fiscal policy did help turn around the budget deficit, it was largely the twin effects of GDP growth and inflation that eventually eroded that debt3,4.

Our net public debt currently stands at less than 40% of GDP, and although this represents its highest level since the Second World War, it’s still low by world standards. 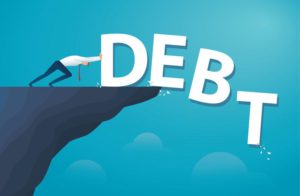 At record low borrowing rates, the Government has time on its side, and it’s likely that it will be eventually overtaken by economic growth rather than future budget surpluses.

That said, when this crisis starts to recede into the rear view, there is likely to be a painful task of budget repair ahead of us simply to rein in our expanding deficit.

The final lesson concerns all of the above elements, and goes more broadly to the eventual success of our economic response.

It’s the importance of good communication to foster public acceptance of the actions that will be necessary to pull our country and our economy through in the best possible shape.

Successful wartime leaders turned this into an art form: FDR had his fireside chats, Churchill his iconic “fight them on the beaches” broadcast, and here in Australia John Curtin greatly expended the media reach of the Prime Minister’s Office during the war.

I can think of some examples from across the world of public figures who are nailing this, and a number who have struggled.

It will be telling to see how they respond to the next stages of the pandemic and the long recovery ahead.