In a recent Real Estate Talk  show, Ken Raiss tells us why he disagrees with the critics about negative gearing.

The critics argue that scrapping the mechanism would save the Government $5 billion in the first year and free up housing supply.

Here’s the transcript of this insightful interview:

Kevin:  Critics of negative gearing have recently argued the case that scrapping the mechanism would save the government $5 billion in the first year and free up housing supply.

Now, I know a number of people who don’t agree with that view, and I want to take the opposing view right now.

Ken Raiss from Chan & Naylor joins me. Ken, thank you for your time. I thought it might be useful, firstly, just to tell us what negative gearing really is.

Ken:  Yes, it’s the shortfall between the rent you receive and the expenses of holding the property, including your interest and your outgoings. It’s effectively the loss you have on that investment property.

Kevin:  A lot of the arguments about scrapping it are based on the fact that many people believe that people who benefit from this are rich, wealthy landlords. Is, in fact, that the case?

Ken:  I think far, far from the truth. The focus is not on how much money the government would save, but they never look at the other side of the coin and what it would cost. My position is the costs are significantly more than what they would save.

When we look at the ATO annual statistics, we see that over 70% of residential property investors earn under $80,000 a year.

They are moms and dads who are – if you like – trying to create a bit of financial future for themselves so they’re not dependent on government.

It is the normal person that you pass in the street, not the riches that’s portrayed by a lot of our commentators.

Kevin:  Many people – of course, investors – are getting the benefit of capital growth in this current good market.

Ken:  Well, they’re not getting a tax break. Every Australian is entitled to claim their expenses, and owning an investment property is like having your own small business.

All business owners are allowed to claim any losses.

How many people would start a new business knowing that they can’t claim their initial costs? 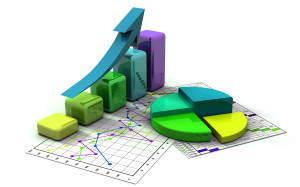 There is a cost when you open up a new café, a new hairdresser, a new mechanic shop – and for most businesses, they probably don’t generate enough to cover all their costs in those initial years.

Why punitize people in one particular investment category – property – versus all the other businesses that people set up in Australia?

Kevin:  Ken, let’s now play a what-if game. What if the government did, in fact, drop negative gearing? What impact do you think that would have on the market and also prices?

Ken:  I think it would have a devastating effect over a period of time. I think in Australia we see that about 90% of investment properties are owned by mom and dad, who own either one or two.

Over 70% of investment property owners only own one property, so it’s a very cottage-based industry.

I think if you took out that ability to claim those initial losses, you would get a lot of those moms and dads who would pull out of the market.

That would create a significant shortage. It would have devastating effects on all the ancillary industries that support investment properties – all the tradesmen – but more importantly, it would bring in professional investors.

Professional investors would not be happy with the low yield, and it would be my expectations that, over time, rental prices would increase 50%.

Ken:  No. I’m talking about the more sophisticated investor who doesn’t own one property or two; they will own four, five, or six.

They will bring the same financial rigor into that investment that they do in the other areas of their investments. Just as an example, the rental yield on a commercial property is 7% or 8%, so why will those people accept a 4% or 5% yield on residential property? 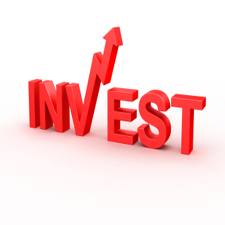 Over time, the yields will go up for two reasons. Maybe there’s not as much supply – there’s definitely going to be an increase in demand over time – and more importantly, they will want a return on their investments.

When we look at the U.S., I was reading an article by this U.S. group, called RealtyTrac, in their September 2014 review.

They’re a statistical generator. They go and get statistics on properties around America.

Now, I’m not suggesting Australia will get that bad. But in a market where it is a bit more professional, and the number of owner occupiers – at about 65% – is very close to Australia’s 70%, so there is still that 30% or 35% of people who rent, and they’re paying on average over 9.5% rental yields.

Why won’t that happen in Australia? I think people stick their head in the sand and say, “Well, if it happens, it will happen not on my watch and it will be years away.”

But the problem is they’re putting in place – if you like – the bedrock that will force those increases to occur over time.

Kevin:  Does negative gearing happen in the States, Ken?

Ken:  Yes. You can actually claim the interest on your property that you live in, in the U.S. So you actually get a tax deduction for interest on the property, even if you’re living in it.

Kevin:  So Australians are not really pioneers in this, are they?

Ken:  No. Again, if we go back to what negative gearing is, it’s recouping your losses.

The ATO won’t let you recoup your losses unless they think you’re going to make a profit in the future, which is a fundamental tax rule.

This happens in every industry, in every aspect. If you buy shares, if you buy businesses, if buy commercial properties, you’re allowed to claim losses.

Ken:  I don’t know why there’s this pincer movement – if that’s an appropriate word – that targets residential property under what I think are very false premises.

It’s almost the have and the have-nots argument.

Kevin:  Yes, indeed. Ken. It’s great talking to you. We’re out of time, unfortunately. Thank you very much.

Ken Raiss has been my guest from Chan & Naylor, the national accounting and wealth advisory group.

Ken, thank you very much for your time.

'Some more thoughts on negative gearing' have 2 comments