I met Richard Branson a number of years ago at an event the two of us were speaking at.

He is one of the most sought after entrepreneurs on the speaking circuit.

He also has Hollywood good looks and a personality that endears him to millions around the world.

And he’s got stories.

In one of those stories, he shares the lucky break he got on the first music album produced by Virgin Records.

After Virgin completed the album, they spent months trying to get the influencers in the music industry to listen to give it a listen.

William Friedkin, an executive at Atlantic Records, was one of those influencers.

Branson had reached out to Friedkin relentlessly in an attempt to get him to listen to the album.

The lucky break came when Friedkin happened to give the album a listen while a film director for the movie the Exorcist was in Friedkin’s office.

The film director had been on the hunt for a new soundtrack for his movie.

He liked what he heard in Friedkin’s office and the rest, as they say is history.

According to Branson, those who play it safe, don’t get lucky.

You have to be relentless in order for luck to visit you.

In my study on the daily habits of the rich, I saw this success principle repeat itself over and over again in the lives of those ordinary people in my study who were able to transform themselves into self-made millionaires. 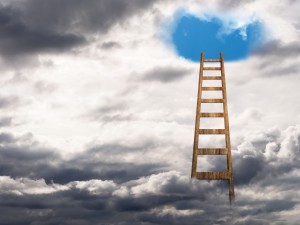 They were damn lucky.

Those who relentlessly pursue success, eventually get lucky.

'Those Who Try the Hardest Are the Luckiest' have no comments