In this week’s 2 minute property investment news video we discuss how the controversial Medicare levy could cut interest rates.

The controversial Medicare levy, to help pay for the Federal Government’s National Disability Insurance Scheme, could actually cut interest rates.    Economists say the Reserve Bank of Australia might have to cut rates, to offset the impact of a 0.5 per cent increase in the Medicare levy. AMP chief economist Shane Oliver says for a person earning $100,000 with a $250,000 mortgage, the levy is the equivalent of a 0.25 per cent, or a quarter of a per cent, interest rate increase… so the impact on household spending could prompt the RBA to drop rates.

There are reports that house prices have risen slightly over the past 12 months.   The latest RP Data statistics show house values across Australia are up by 2.7 per cent, and unit values have risen by 2.5 per cent.   But even if capital growth isn’t amazing, investors need to keep in mind that rental prices continue to trend higher… house rents were up 1.4 per cent over the past three months and unit rents also increased by 1.3 per cent. The greatest rental increases have been in Darwin and Perth – both up by more than 10 per cent.   So anyone who bought in Darwin or Perth in the past 12 months is probably pretty happy right now.

And finally negative gearing investors claimed a massive $13.2 billion in the 2010 to 2011 financial year. This was up from $10.1 billion the year before. The average claimable amount per investor was $10,950… up from $9,130 the year before.   But in saying that, higher interest rates in that 2010 to 2011 period impacted the losses, so hopefully this financial year, the falling interest rates will go a long way to helping investors. 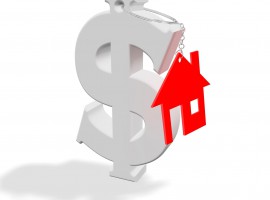