It’s the surge in migration that drives our housing markets and economies.

The sum of net overseas and net interstate migration for each of the states and territories reveals a disparity of results that clearly reflects the performance of local economies as well as capital city housing markets.

Victoria remains the clear leader for net overall migration with a total 81,706 arrivals over the year ending June 2016.

The Northern Territory recorded a net loss of migration of 2276 over the year. 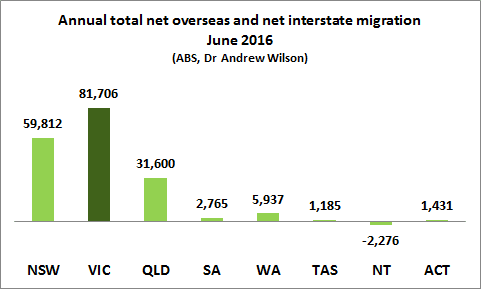 The Victorian total is the second highest recorded by that state over a financial year on record and a clear contributor to the recent nation-leading house price growth of the Melbourne property market. 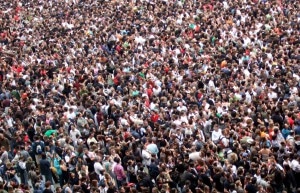 By contrast, the Western Australian result is the lowest recorded by that state since 2004 and well below its record financial year total of 13,603 set over 2009.

Although net overall migration into Queensland increased over the year ending June 2016 compared to the previous year, similar to Western Australia, the latest result remained well below the record 74,021 also set over the 2009 financial year.

Tasmania is showing signs of a revival in migration with its best result since 2010 although still well below the 2343 recorded over that financial year.