A cultural shift in Australians’ attitude toward housing has been gathering pace.

Approvals for medium density-housing, including units, townhouses and semi-detached houses have overtaken those for free-standing houses for the first time, according to Bankwest’s 2016 housing density report.

The analysis of approvals underlines the momentum toward medium or higher density, as Australians change the way they live, with Queensland seeing the fastest growth in medium density housing approvals of any state. 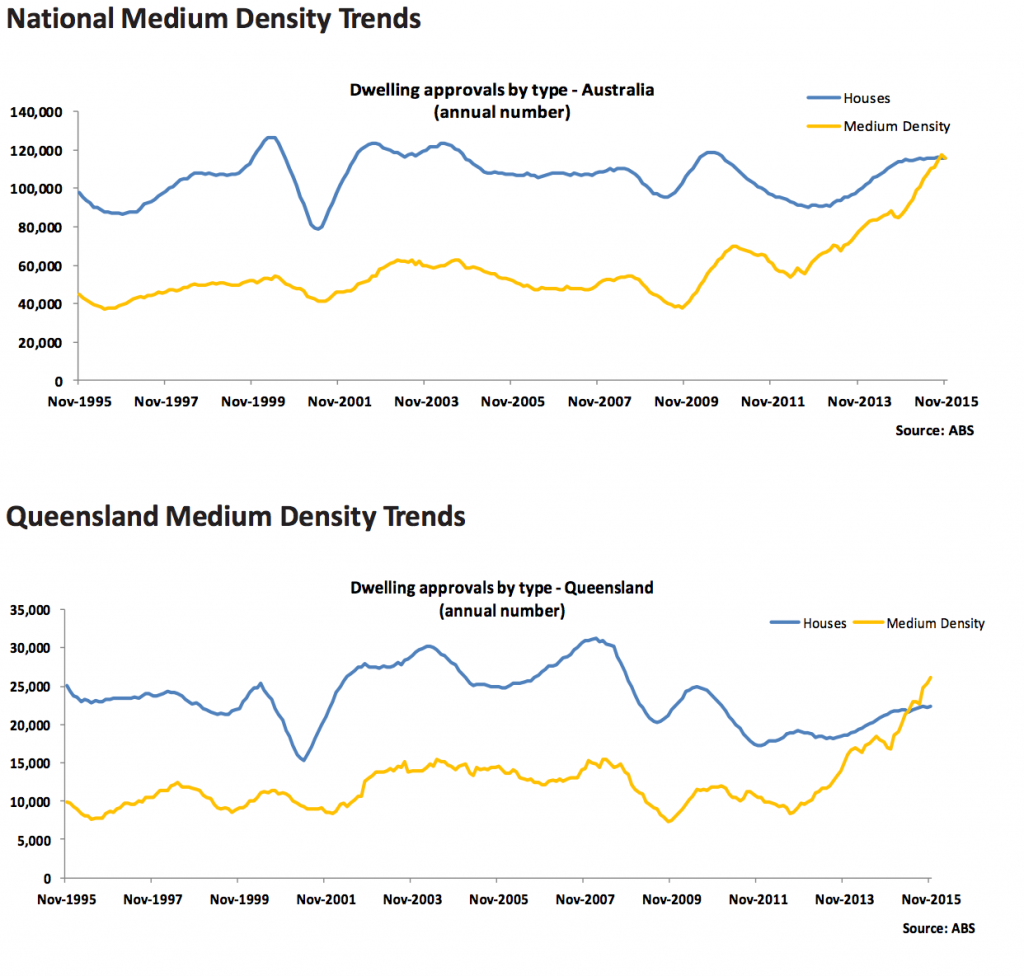 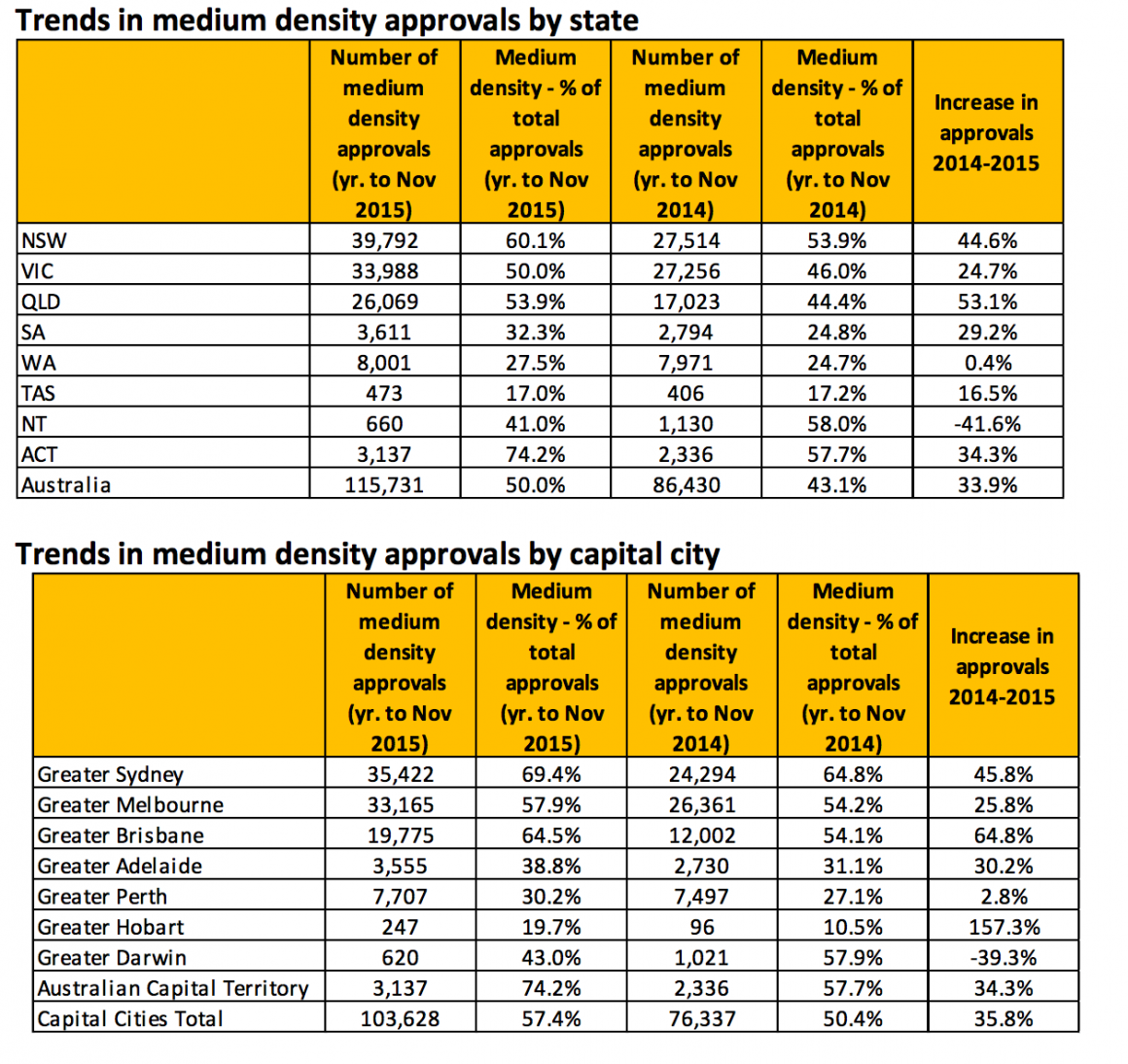 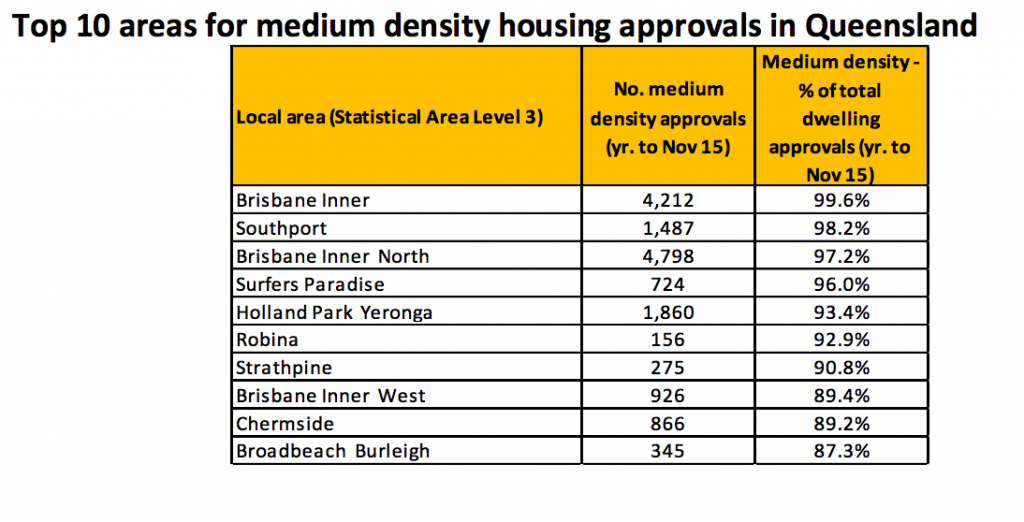