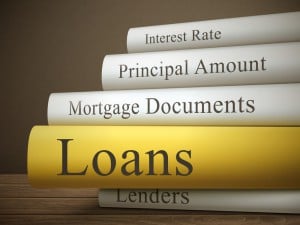 Some commentary speaks of investors voluntarily pulling back, but this hasn’t been my experience at all – most industry practitioners appear to have people queuing up to borrow and invest, but credit won’t be extended on tighter regulation and criteria.
The trend for monthly housing finance was down nearly $4 billion or 12 per cent from a year earlier at $29 billion, as too many different constraints on lending bit in unison. 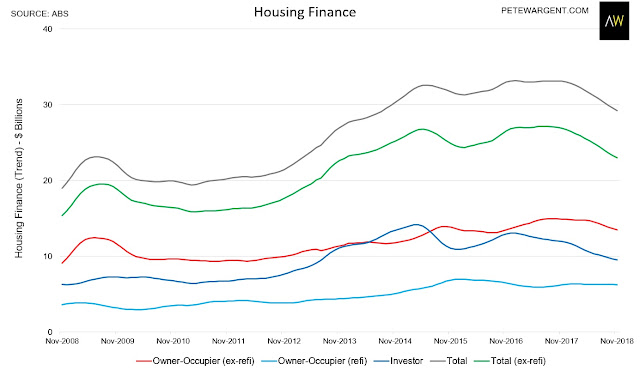 This has already happened with investment loans down by more than a third, but I doubt the ALP will back down because election promises will be made on the back of the supposed ‘savings’. 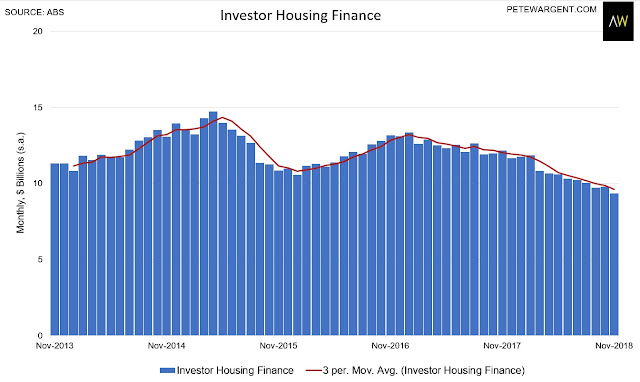 However, it’s increasingly difficult to see how the ALP can claim $32 billion of savings when there’s no growth in tax deductible debt and the Coalition has already stripped out Division 40 deductions (while there presently aren’t any capital gains to tax either!)

Average loan sizes declined for both homebuyers and investors in November. 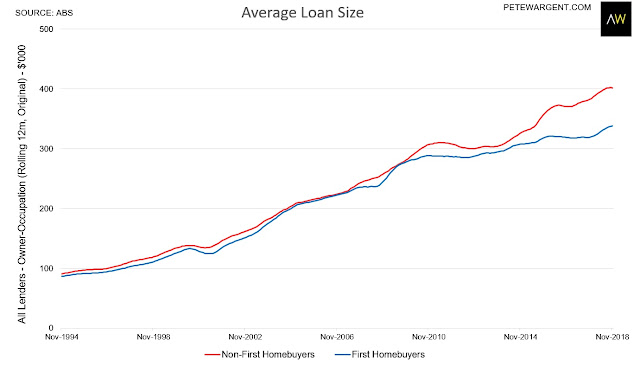 Commentators have called at least a dozen of the last zero recoveries for Western Australia, but tentatively this is now happening with the trend number of home loans on the rise out west.
Soft almost everywhere else. 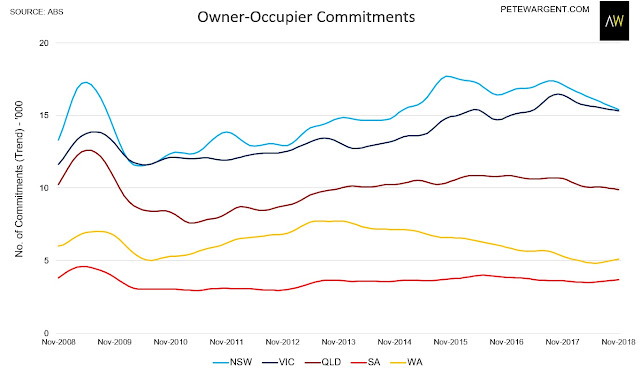 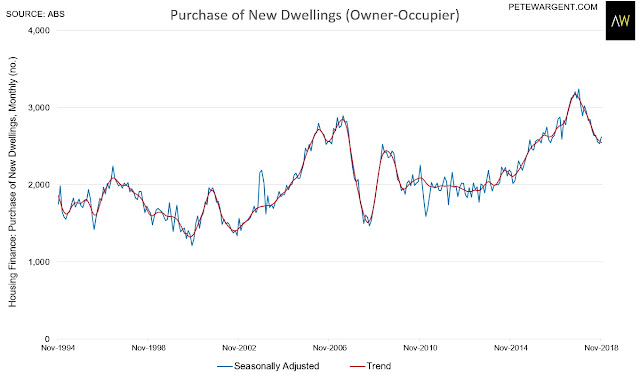 The share of first homebuyers was at the highest level in six years, at 18.3 per cent.

On the positive side monthly lending flows are tracking at a level commensurate with further declines in the household debt to disposable income ratio – all the more so with the stock of interest-only loans pushed down to multi decade lows – and this will continue to improve as household incomes rise this year.
The share of outstanding ADI loans pertaining to investors is also now comfortably below the average level of the past 15 years at 33 per cent, having fallen from 39 per cent.

This chart also casts doubt on Labor’s budget claims, since there’s no growth in tax deductible debt from which to make savings. 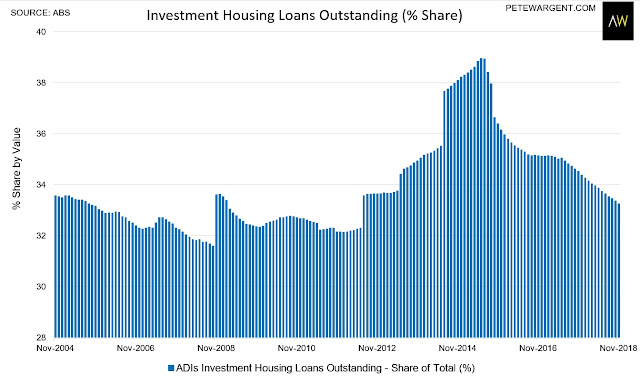 So that’s all been good, and well executed.

What needs to happen next is simple: banks need to process loans on a more sensible and far more timely basis before the economy is sent into a self-induced tailspin.

'This explains the housing finance crunch of 2018' have no comments