Who are the worlds wealthiest people? 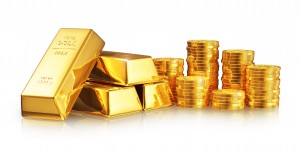 Today’s infographic below takes an in-depth look at the world’s wealthiest billionaires by breaking down important data on age, location, and the source of their fortunes using the latest information from Wealth-X,

The lion’s share of the wealthiest billionaires still come from the United States, where 58% of the list is located.

The Southern Hemisphere only has one billionaire – Jorge Lemann from Brazil.

However, even he now lives in Switzerland.

Surprisingly, the United Kingdom, Canada, Australia, Japan, and Russia combine to have no representation on the Top 50 Billionaires list.

The youngest billionaire on the list is Mark Zuckerberg, at just 31 years of age.

The oldest is Liliane Bettencourt, the principal shareholder of cosmetic giant L’Oréal. She is 93 years old.

Technology has more billionaires (12) than any other industry group.

The world’s largest fashion and retail brands, such as Wal-Mart, Zara, Nike, and H&M, also have helped to get many people on this list.

Courtesy of: The Money Project