If you had to name the two coolest suburbs in Australia, which two would come to mind?

A recent article in Time Out Magazine has made its selection of the 49 coolest suburbs around the world, suburbs that showcase the very best of food, fun, culture, and community, and amongst the 49, two Aussie suburbs made the list.

Separated from the CBD by Melbourne’s sporting precinct, this area along the Birrarung (Yarra River) was a gathering place for members of the Kulin Nation long before the stadiums were erected.

There are three distinct vibes here: Victoria Street is Melbourne’s go-to destination for Vietnamese food; Bridge Road is known for its factory outlets, both fashion and furniture; and Swan Street brims with some of the suburb’s best restaurants and cafés.

And Richmond is home to one of Melbourne’s most beloved live music institutions, the Corner Hotel.

It’s also a very community-minded suburb, with the Richmond Churches Food Centre distributing much-needed food to anyone who needs it for the past 30 years – including all through Melbourne’s lockdowns.

Yarra Council, which includes Richmond, was one of the first local governments in the world to declare a climate emergency, and has committed to an ambitious plan to make the suburb greener for good.

The oh-so-trendy heart of Sydney’s eastern suburbs wasn’t always the well-heeled foodies’ playground it is in 2021. 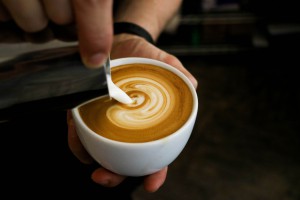 Go back a century, and you’d find yourself in the city’s vice-ridden ganglands, surrounded by the slums of Sydney’s rag trade.

The underworld ‘razor warriors’ of yesteryear would barely recognise the leafy streets of Surry Hills today, lined with chic cafés, boutiques and some of Sydney’s most revered restaurants and bars.

At the end of 2020, Sydney’s al-fresco dining boom, launched to help venues impacted by indoor capacity limits, saw the area’s vibrant hospitality scene explode onto the streets, making an already popular destination one of the buzziest ’burbs in town.

As Sydneysiders chomp at the bit to exit lockdowns for good in October, these outdoor dining rooms are being expanded – just in time for our hot vax summer.

The original article can be fou on TimeOut.com