It’s nothing new, but fact is: the rich are getting richer.

Unfortunately whenever I write something like this, I’m going to alienate some readers, but I genuinely believe that, in Australia at least, everyone has the opportunity of becoming wealthy.

However, last year Oxfam’s Working For the Few report showed that the world’s richest 85 people own as much wealth as the poorest 50%, with the top 1% holding 65 times the total wealth of the bottom half of the world’s population.

And as you can see from the charts below the richest 1% increased their share of income considerably between 1980 and 2012, and the wealthiest 1% in the US captured 95% of post-financial crisis growth since 2009.

And Australia saw the second-largest largest percentage increase in the income share of the richest 1% of the population between 1980 and 2012. 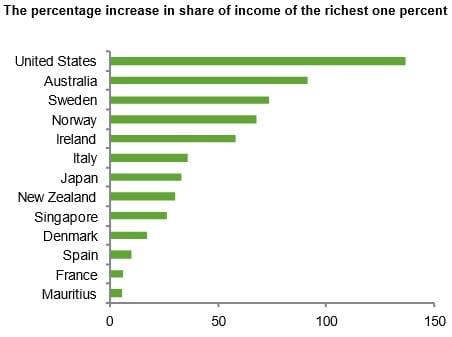 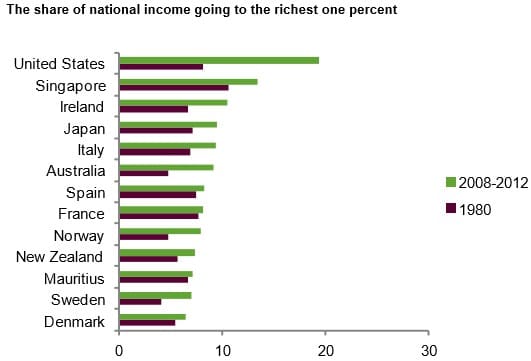 Some economic inequality is essential to drive growth and progress, rewarding those with talent, hard earned skills, and the ambition to innovate and take entrepreneurial risks 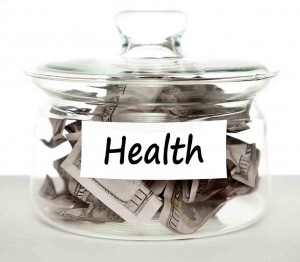 .
However, the extreme levels of wealth concentration occurring today threaten to exclude hundreds of millions of people from realizing the benefits of their talents and hard work.

Extreme economic inequality is damaging and worrying for many reasons: it is morally questionable; it can have negative impacts on economic growth and poverty reduction and it can multiply social problems.

Oxfam is concerned that, left unchecked, the effects are potentially immutable, and will lead to ‘opportunity capture’ – in which the lowest tax rates, the best education, and the best healthcare are claimed by the children of the rich.
This creates dynamic and mutually reinforcing cycles of advantage that are transmitted across generations.

However Oxfam is optimistic

The charity says the trend can be reversed, as it has been in the past.

“The US and Europe in the three decades after World War II reduced inequality while growing prosperous.
Latin America has significantly reduced inequality in the last decade – through more progressive taxation, public services, social protection and decent work.
Central to this progress has been popular politics that represent the majority, instead of being captured by a tiny minority. This has benefited all, both rich and poor.”

Fortunately in Australia we’re amongst the wealthiest people in the world and luckily there are very few poor people in Australia.

In other words the difference between our riches and poorest is nowhere near as big as in other countries.

Having said that the way to improve any inequaility is to increase the standard of living for the lower income people, rather than dragging down the income of the wealthier group.

In other words raise the bar rather than lowering it

Fact is: there will always be a difference between wealthy entrepreneurs, business people and investors and the average Australian.

This is not an judgement of people, but a comment of the amount of assets they’ve managed to accumulate.

Before you judge me, if you’ve been following my blogs for a while you’re realised that I know there is a lot more to true wealth than just money or properties.

To be truly wealthy you need time (to appreciate what you had for breakfast), health (to be able to enjoy your wealth) friends and family to share it with, spirituality and the ability to contribute back to the community.

I firmly believe there it is an obligation of the wealthy to continue to donate to charities and contribute to allow others to enjoy their lives to the fullest.

In fact when you do this it makes you truly wealthy.