Can you guess how many new apartments foreign investors are buying in Sydney and Melbourne?

Well, until recently, guessing was all anyone was doing because we had no hard and fast data on foreign investor activity in Australia.

But now we do – and the numbers are astounding…

According to new research obtained by Credit Suisse, foreigners are buying property at an annualised rate of $8 billion per annum.

That equates to a staggering 25 per cent of new supply in New South Wales and 16% in Victoria in the past 12 months!

We know this because new taxes on foreign investors by state governments means we now finally have a statistical understanding of how many properties they are buying and who is buying them.

The bombshell figures suggest that, along with local investors, the level of foreign investor activity in the housing markets has been a significant driver of the price growth of recent years, and the overwhelming majority — a staggering 80 per cent in NSW — is coming from China. 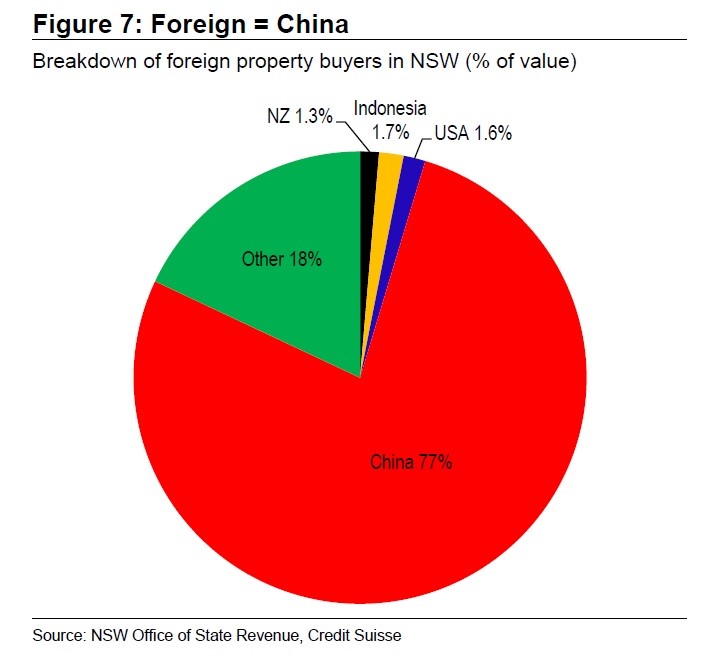 And the main reason why Chinese buyers are still rampantly purchasing Australian property is because they think it’s cheap!

You see, the median price for a two-bedroom apartment in Shanghai is around $900,000, which is 25 per cent more than the median apartment price in Sydney.

Then there is the issue of rental yield…

In Shanghai, rental yields average around 1.5 per cent, half what a landlord of an equivalent property in Sydney would get. 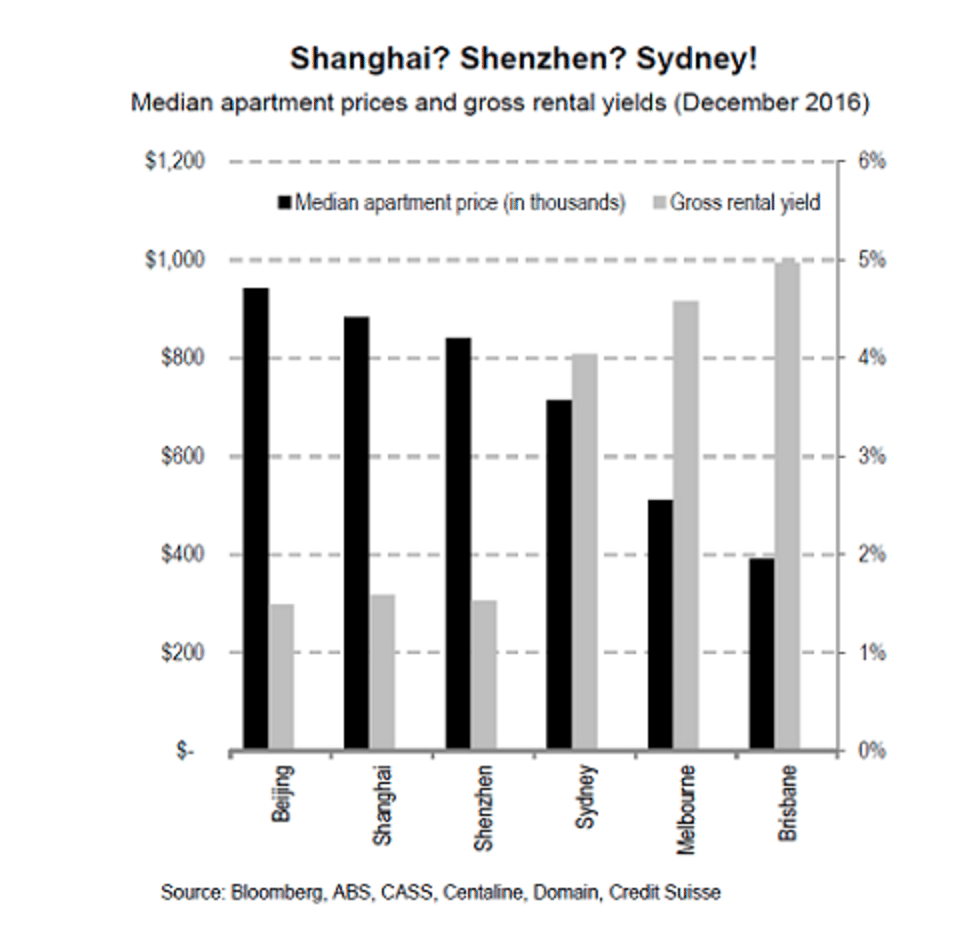 And the impact of state government taxes on foreign investors seem to be making no difference at all to demand.

In fact, taxes for foreign purchases of property, first introduced in 2015, keep going up and benefitting state treasuries, without affecting sales.

A foreign buyer of Melbourne property now pays almost 14 per cent in property taxes, while in Sydney it is nine per cent.

The thing is, Australia is attractive on this score compared to much higher taxes levied in other popular destinations such as Vancouver, Singapore or Hong Kong.

In Hong Kong, the Foreign Buyer Tax and Stamp Duty combined is 37 per cent!

So, what does it all mean?

The data also shows that rather than reducing, foreign investment in Australia is ramping up.

In fact, there has been a pick-up in both Sydney and Melbourne settlements around the end of last year, despite the numerous roadblocks on foreign buyers.

It ‘s clear that foreigners have been able to settle on their Aussie properties more recently despite the numerous impediments of capital controls and the lack of lending by Aussie banks.

I would even suggest that it’s not likely to slow down anytime soon, either.

'The truth about foreign property investment in Australia' have 2 comments