And it is unlikely that the RBA will raise official interest rates in the next year, but that hasn’t stopped lenders hiking rates out-of-cycle. 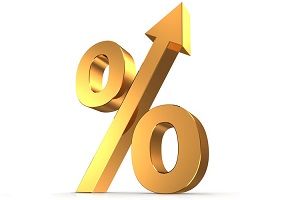 As the cost of funding puts a squeeze on banks’ profit margins, some lenders are choosing to pass some of the cost onto borrowers.

While the RBA sets the overnight cash rate, financial markets determine the real borrowing costs for the banks .

“Banks are weighing up whether they can wear the rising costs, or hike rates and risk customer backlash.

“The Royal Commission has acted like a cop on the beat keeping a lid on rates – but for how long?

“After months of negative press our banks are treading a fine line.

“We’ve seen a handful of smaller lenders hike rates, but so far nothing from the big four. It will be interesting to see how long they hold out.”

Until the global financial crisis, retail banks tended to raise or lower their lending rates in line with the Reserve Bank’s interest rate cycle.

But as the global financial crisis unfolded, the costs of funding started to climb, and Australian banks began to feel the pinch.

In January 2008, the major banks made their first out of cycle rate hike in almost nine years, sending shock waves through the public and resetting the industry standard for how interest rates are set.

It is no longer an RBA-led decision.

Over the last decade we have seen banks make their pricing decisions on a wide range of competing factors, leading to an ever-growing gap between the cash rate and the banks standard and discounted variable rates.

Buy or Sell First? Juggling Settlement Without Dropping the Ball