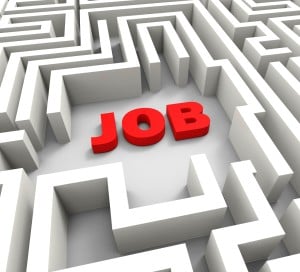 In contrast, Australia’s two largest States have clearly the healthiest labour markets and New South Wales – with total unemployment and under-employment of 15.2% (down 2.1% from a year ago) is the clear standout. 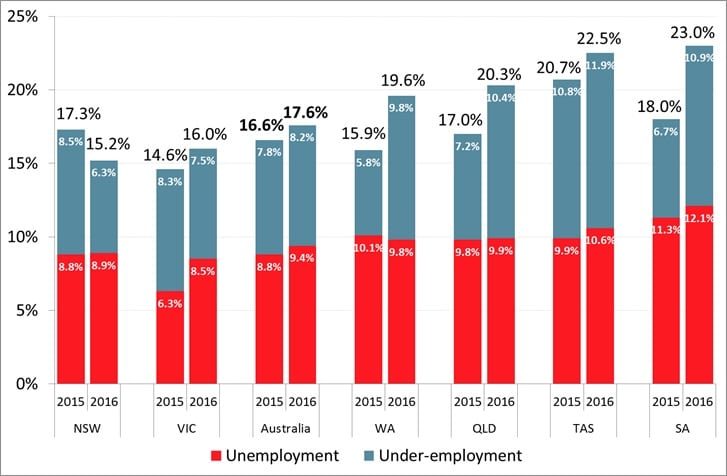 The closure of several large manufacturing plants in South Australia – including the ceasing of Holden Cruze production at its Elizabeth plant in early October has clearly had an impact and South Australia now has the highest unemployment and under-employment in the nation at 23% (up 5% in a year).

“It’s been well known for decades that inward migration and foreign investment is concentrated in Australia’s two largest States – and their capital cities of Sydney and Melbourne in particular – and today’s analysis of Australia’s employment trends over the past twelve months reveals this problem has returned.

cities. The surge in real estate prices in recent years has provided a revenue boom for both State Governments through soaring stamp duty collections. Even so, over the past twelve months New South Wales was clearly the better performer and the only State to experience a drop in overall unemployment and under-employment.

“In addition Australia’s smallest States of Tasmania (10.6% unemployment & 11.9% under-employment – total of 22.5%) and South Australia (12.1% unemployment & 10.9% under-employment – total of 23%) have clearly the highest jobless rates in the nation. Both Tasmania and South Australia have historically suffered from intrastate migration outflows due to the small size of their economies and today’s estimates show that this trend could well return in the next few years as those looking for work migrate to the larger States.

“One clear political impact of the worsening employment situation is the rise of regional parties around Australia. In particular we have the rise of the Nick Xenophon Team (NXT) in South Australia (three Senators and one Lower House MP), the return of One Nation – primarily in Queensland, but also very strong in Western Australia and regional New South Wales (four Senators around Australia), the popularity of Senator Jacqui Lambie and the Jacqui Lambie Network in Tasmania and even the election of Senator Derryn Hinch in Victoria.

“To overcome the popularity of regional parties Prime Minister Malcolm Turnbull and the L-NP Government must concentrate more on the regional problems of high and rising unemployment and under-employment with policies prioritising job creation and a growing economy.”