When I was at school-leaving age a few of us at school were given some words of wisdom about how to be financially secure.

I can’t recall exactly what all of the pieces of advice were but I can remember a few of them: “think three times before spending any money, use leverage and ensure that you have at least six streams of income”.

All of this is sound enough advice.

The only problem was that nobody explained what leverage was or what types of income streams we should look at outside of employment.

And most of us at school were concerned only with finding one income stream – a job – given that the early 1990s was a time of global recession and fear.

As kids we played a fair amount of the board game Monopoly. 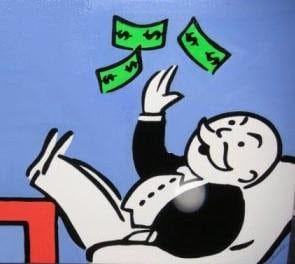 It didn’t matter how many times we played, though, nobody could ever beat my oldest brother.

At first I thought it must be luck, but luck alone could not explain why he won every single time we played.

In theory, it should have become more difficult for him to win over time as other players became less inclined to undertake deals with him.

This view is reflective of a widely-held theory which suggests that as economies become more efficient profits may become harder to source over time.

The reason he was still able to triumph is that he was able to make win-win deals and secure transactions which benefited other players as well as himself.

The game of Monopoly is a good example of players with multiple income streams and few expenses generating wealth.

By acquiring multiple ‘sets’ of property the winning players tend to generate income from different sources as the game progresses (their expenses tend to fall as they land on fewer properties owned by other players too).

In the real world, what brings many of us undone is spending money on depreciating assets.

In Monopoly players only really incur costs for rent, taxes and the occasional sundry expense such as birthdays.

Depreciating assets such as cars and boats (even dogs!) only appear as the playing pieces.

It doesn’t necessarily matter that in Monopoly all of the income streams are derived from similar sources (property titles), the important thing is that the player can build enough of them to cover their living expenses.

Most of us have a job but few other income streams – there’s not necessarily anything wrong with that but there is usually little leverage for the employee unless remuneration involves some form of equity or large performance bonus.

The income tends to be linear in that you have to go back to work afresh each morning.

There are a number of options which we can take to generate income.

In his latest book From Zero to Financial Freedom, Steve McKnight discusses setting up a part-time business as a useful way to generate additional income.

McKnight notes that most average investors who dabble in share-trading tend to do so badly (no arguments there).

That said, shares do not always have to be traded – equities can be an income asset in the form of dividends if shares are held for the longer term.

Another option is to take the Monopoly approach of owning multiple investment properties, which fits in well with those words of advice I received as a school leaver: owning investment property tends to help with reducing expenditure in other areas and certainly it employs leverage.

There is some price risk in so doing, of course, so it makes sense to learn from how Monopoly players win that game. 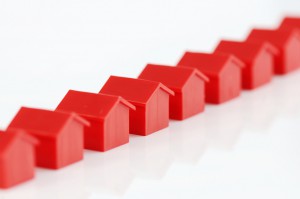 When dealing with other players, buyers would be wise to avoid paying too much for any title they acquire, by buying at the right price.

Another strategy employed by winning Monopoly players is adding value to their titles through developing them.

In the board game this usually means adding houses to the titles (I only recently discovered that expert and world champion Monopoly players build many green houses but few red hotels in order to create housing shortages for the other players!)

In the real world, property investors do indeed also look for housing shortages through investing in areas with tight rental vacancies and a limited available supply.

Numbers released recently show that rental vacancies are tight in a number of Australian capital cities and extremely so in Perth. 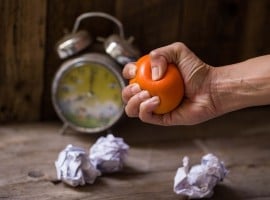 'The monopoly approach to property investment' have no comments