The Housing Industry Association predicts a gradual broad based recovery in residetnial constrauctions over the next few years in its recently released National Outlook.

Our latest set of forecasts suggests that the housing industry will be one of Australia’s good news stories over the next twelve months.

New dwelling commencements are forecast to break the 165,000 threshold for only the second time in a decade.[sam id=41 codes=’true’]

This will be driven by much stronger activity in markets like NSW, Queensland and Western Australia. However, challenges will remain in other states, more notably Victoria and Tasmania.

We believe the RBA will leave its interest rate unchanged for the remainder of this year at least. This will underpin strengthening activity in housing, and arrest the deterioration in housing undersupply experienced over the past decade.

Renovations activity has struggled over the past five years, but we see light at the end of the tunnel here also.

In advance of the federal Budget in May, we intend to emphasise the role a stronger housing industry can play in supporting economic growth at this time. Reforms targeting planning, infrastructure charging and taxation of the sector will enable housing to make a larger contribution to boosting the economic outlook.”

This represents a low point for the sector, with activity expected to expand by 1.9 per cent in 2013/1 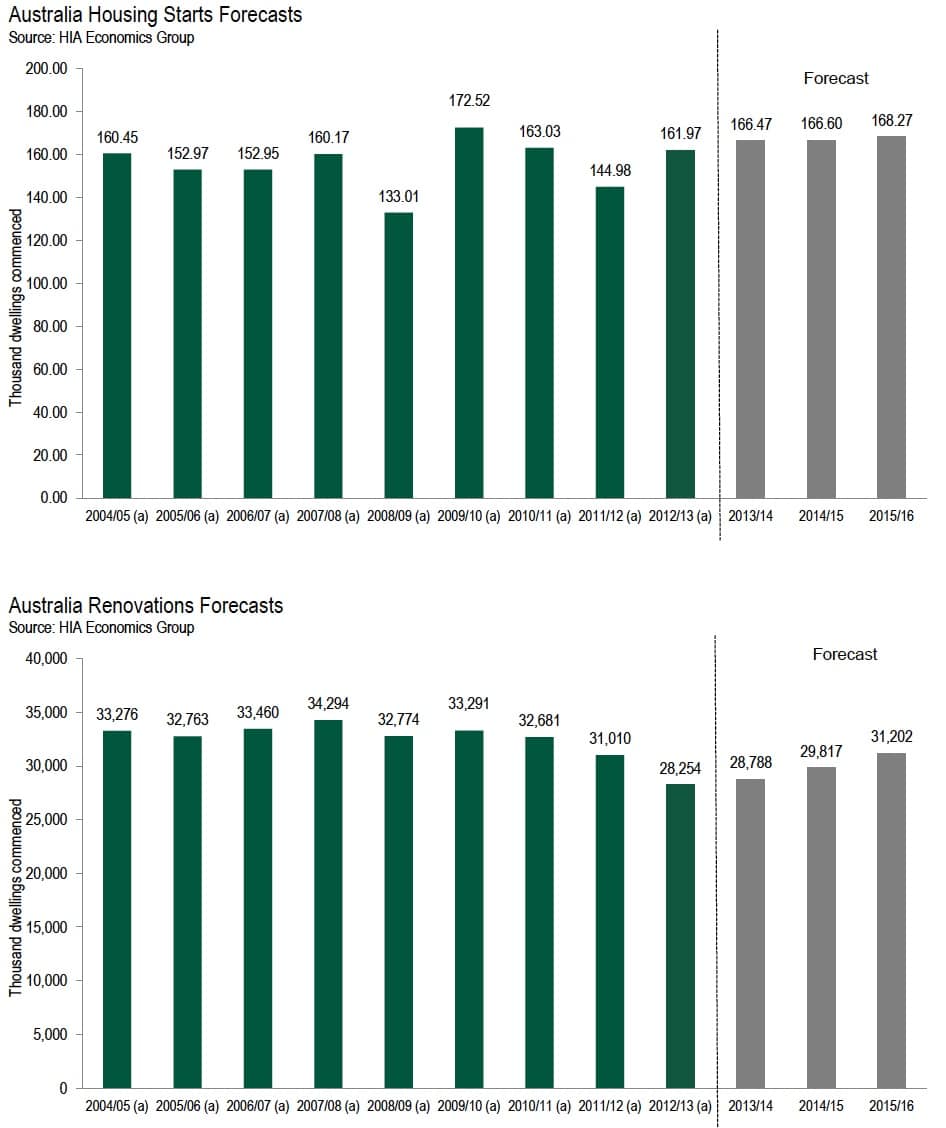